Many Things Float To The Top, Not Just Cream

It has been reported this morning that The Treasury are considering or “floating ideas” that they may restrict the amount held in ISAs – with the lowest outlined restriction being £100,000 (according to various press sources). They also propose to reduce the amount of tax free cash available from pensions. These are just “floated ideas”. However, clearly provide unsettling “news” for investors.

I am struggling to restrain myself from making too many comments about those that govern the nation or determine economic and taxation policy. It seems that most policymakers are determined to use the politic of envy rather than common sense to determine the general direction of policymaking. Sadly this seems true at both ends of the spectrum – either suggesting that the “rich” aren’t paying enough tax or the poor are taking too much in benefits with the middle ground being the ones that actually receive the focus of political bribery – be it energy price freezes or a partial share of personal allowances for married couples. As you will have gathered I find it difficult to be anything other than cynical about politicians when it comes to tax.

If we wish to encourage financial independence from the State, we have to provide a mechanism to do so. We are now at the start of compulsory pension contributions (Auto Enrolment) whilst at the same time reducing the amount that can be held in or paid into a pension. Tax rates are incredibly complex and largely about giving the appearance of “fairness” rather than being “fair”. Rather than create an environment of encouraging people to hold assets in Britain, the tax regime is having the opposite effect. As a result potential tax revenues and “business” flow away from the UK to places like Monaco. It would appear that even Richard Branson has now given up and relocated permanently to his own island.

Tax Tail Is Wagging The Dog 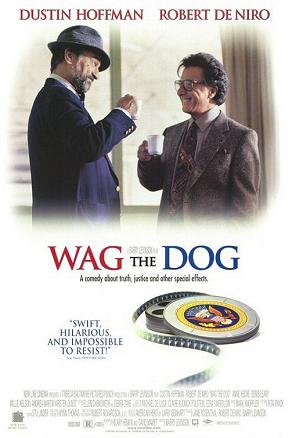 The result of restricting what I might call “mainstream” investing is that more and more people get tempted into forms of investing that are largely about potential tax reduction than good investing. Despite all the problems of the Credit Crunch, the Government are still hell-bent on property ownership and increasing personal debt they have also proposed holding AIM listed shares in ISAs in order to possibly reduce IHT (inheritance tax). The restrictions on pension contributions and higher tax rates encourage use of tax shelters. As with most things, not all are “bad” but sadly many are pretty awful ways to invest (except for those running the schemes). The degree of investment risk is rising – dramatically. When it all goes wrong (due to poor research, naivety or folly) the adviser community will have to pick up the bill, which will reduce the number of advisers and thereby resulting in fewer people receiving decent advice.

Keep To The 7 Key Principles

I actually do not care that much about tax free cash on pensions or how much can be held in an ISA. What bothers me is the deliberate manipulation for political “advantage”. There is no genuine attempt to simplify tax or investing. If there was we would have one rate of tax. Financial planning is not about minimising tax or maximising returns. It is about planning your lifestyle and figuring out what you need and how to best achieve and maintain such a position.  When terms are used like “we’re all in it together” this is blatantly only applicable to those than remain in the UK. The question is “in what?” Sadly successive Governments have failed to keep to a single of my 7 financial planning principles. 1. Spend less than your income (keep within budget). 2. Saving part of your Budget. 3 Have a sensible reserve and maintain liquidity. 4 Have a proper financial plan with a purpose. 5 Avoid the use of credit and focus on clearing debt. 6. Diversify risk appropriately. 7 review the plan regularly.