The storm (or lack of) depending on your experience of it generated some interesting insights into the way we express our views. Many experienced no loss or damage, some had damage to property and a small number of people lost their lives. There were many that expressed fairly widespread sentiments that the storm was not really that much of a storm – when we compare it to 1987 or indeed other storms around the world. Whether these views were expressed well or poorly, there were a number of people that pointed out that making light of the storm was inappropriate given that some people had died.

Death is a natural part of life 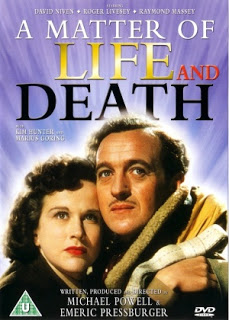 Certainly an unexpected sudden death is a terrible experience for the family and friends of the person that died and anyone that has experienced such a loss would not want it to be taken lightly or dismissed as irrelevant. However, I wonder if chastisements for comments about a storm are really well founded. It seemed to me that we are in danger of policing comments for fear of offending anyone at all. Death is a part of life, we all know this, but few of us live as though this is a daily reality and normal.

Have you heard about the other 1% of society?

The UK population is now estimated at 63.7million by the ONS. The death statistics (sorry I couldn’t think of a nicer term) for the UK were last published to the end of 2010. This revealed that the number of people that died in 2010 was only 1.1% of the population, of which 58% were male and 42% female. Bringing this marginally up to date, 1.1% of 63.7m people is 700,700 people a year, or to put it another way, that’s 1,920 people a day (1,114 males, 806 females) each day, every day (on average). Of course the bulk of these are aged 80 or more, but there is a reasonable difference between males and females. For more women die at an older age, or to put it another way, females live longer. In 2010 nearly 85% of male deaths were aged 60+ but 91% of female deaths. This is primarily because far more men die between the ages of 35-59 than women (12.1% opposed to 7.4%). So back to our figures of averages on a typical day, irrespective of media coverage of mass shootings, crashes, natural disasters, the law of averages in the UK suggests the following will happen today and each day.

I am not suggesting that these figures could not alter, but death is not a question of if, but of when. It is as natural as life itself. As a progressive society we do our best not to hasten life or take it, but death is ever present. Some will read this as a rather depressing insight… but an alternative view might lead to taking the opportunities that life affords today and living it fully. In reality these are nothing more than statistics and of course each life should be cherished,we are all more than a number. For the bean counters of you… there is a death in the UK every 45 seconds…how long did it take you to read this piece?