Woody Allen is 77 and still doing what he loves – making movies and making music (he is a very accomplished Jazz musician). His latest film plots the downfall of a New York socialite (played by Cate Blanchett) who is married to a property developer. The story begins to unfold the chaos and denial in which Jasmine loses herself. This isn’t the classic American story, but the opposite of the traditional Cinderella tale. The film is very well acted, but I found myself having little or no real empathy with the main character, who was so self absorbed and lacking in any real self-reflection that having any empathy for her was difficult to say the least, despite the efforts of Cate Blanchett. This isn’t my usual reaction to a Woody Allen movie. 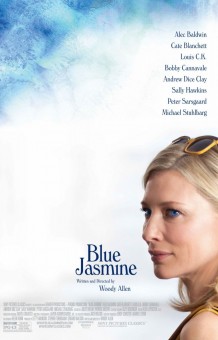 What has this got to do with financial planning? Well several things. Firstly Woody Allen is doing what he loves. He doesn’t live by other peoples expectations of “retirement”. I really like this about him (and many others). To me, retirement is not an event in the way that most mean it to be. I prefer to think of it as financial freedom day – the day when you don’t have to work to pay the bills to have the lifestyle, but you may choose to do so. However the film itself touches on ideas about trust, value, esteem and money. There are valuable reminders that “if it sounds too good to be true then it probably is”. The suggestion that turning a blind eye is no excuse when it comes to financial fraud and never (never) put all your wealth into a single investment.

Filter Out The Junk

Some might watch the film and think it wouldn’t happen to them, but the problem with investment scams is that they rarely sound “too good to be true” and often looking under the bonnet needs more than a cursory glance, a message repeated throughout the film when it comes to assessing suitors. A significant proportion of my time is spent preventing clients from making mistakes such as falling victim to yet another financial scam. On many occasions, it isn’t even a scam, its just a reaction to the constant media storm about the state of the world’s markets which is invariably counter-productive to their own well being. A good adviser helps filter out much of the junk and will not bombard you with investment information. Financial planning is not really about investing. Its about the lifestyle you want and how you should arrange your finances to get there and stay there or make you aware of the consequences of your own actions. Sometimes this is an uncomfortable truth, some prefer to ignore it and look the other way, rather like Jasmine.

Blue Jasmine is showing in nationwide at the moment, for more information check the IMDB page.