I asked Alex Truesdale for her thoughts on the ruling by the Court of Appeal and am thankful for her very valuable insight, here are her thoughts and observations.

The Court of Appeal’s judgment in this long-running dispute confirms that disinherited children are permitted by a 1975 statute to challenge their parents’ Wills if reasonable provision for their maintenance is not made. “Maintenance” means the child’s cost of daily living at whatever level is appropriate to them. The question of what is “reasonable” is dealt with by the court exercising its discretion to consider a number of factors laid down by statute, including the child’s needs and circumstances, the needs and circumstances of the beneficiary who has inherited instead, and the parent’s conduct. Here, Arden LJ endorses the lower court’s description of Melita Jackson’s conduct towards her daughter Heather Illot, since their 1978 estrangement, as “unreasonable, capricious and harsh”, before replacing the lower court’s £50,000 award with a sum of £163,000. This, Arden LJ reasoned, would allow Mrs Illot to purchase her house, receive a modest income, and potentially arrange a pension through equity release, all without compromising her state benefits. 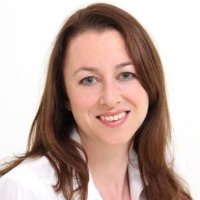 This is not new Law

None of this is new law. But it is inevitable that this high profile victory for Heather Ilott – albeit one which sees her receiving just over 1/3 of her late mother’s estate – will encourage further challenges to Wills which seek to disinherit family members, particularly if there is no connection between a testator and the charity which has benefited from a windfall legacy. A costs order has yet to be made but will be considerable: Melita Jackson’s insistence that her executors defend to the hilt any attempt by her daughter to contest the Will will already have eroded the value of her estate, and so now the charities themselves face a smaller residual legacy and their own costs bill. There may be a further appeal to the Supreme Court, but I would suspect that the charities will take a view on the reputational as well as financial damage they risk in prolonging a dispute which has run since 2004 and, arguably, since the estrangement in 1978.

Where does this leave testamentary capacity? Much as it was before – the award made in this case turns on its own facts, and does not represent any further curtailment of one’s freedom to leave one’s estate as one pleases, so we should all still be making Wills.

Think ahead and think carefully

However, I would encourage those who do wish to exclude family members from their Wills to leave contemporaneous evidence of their reasoning not only to exclude a particular beneficiary, but also to favour other beneficiaries. This is particularly important if, in the case of charities, the testator has no connection with, or history of donations to, charity during their lifetime. I have been instructed on a number of cases where we have done just that by way of a side letter, to try to avoid the washing of too much dirty linen during probate, a process which makes Wills public. And those asked to act as executors should always check whether they are risking accepting a poisoned chalice that may compel their involvement in a protracted legal battle. As in this case, that may, sadly, become the testator’s most enduring legacy.