Skip to content
Trick or Treat? Eurozone is no Cinderella Pumpkin

Trick or Treat? Eurozone is no cinderella pumpkin

I have to admit that I cannot stand Halloween. It seems that we become increasingly Americanised each year, giving way to allow children and teens to believe that it is perfectly acceptable to extract a “treat” from a stranger else suffer a “trick” the severity of which depends upon the age and upbringing of the “child”. Sorry to be a killjoy, but I don’t think threatening people to hand over something or be put upon, is in any way a behaviour that we should encourage.
As if to spurn all the good work from agreements in Europe, media pundits are left wondering on Halloween night just how deep the rabbit hole goes in Europe. Now resembling something akin to a Nightmare on Wall Street (as opposed to Elm Street) or a reality that is offered up in “The Matrix” the world is left to wonder just how many other Investment Banks like MF Global, bit off far more than they could chew and will themselves find a new reality of bankruptcy – or Chapter 11 as it is known in the US. The inter-connectedness (is that a phrase?) of investment bankers means that there is something of a domino effect – let’s hope that it is not a house of cards. The markets are scary enough without more bad news like this. We could all do with rather less horror and rather more common sense prevailing in the financial world, which seems to become more like fiction and less like reality with each passing week at present. The Warner Brothers film “The Matrix” is one of my favourite films offering some interesting questions about the human condition and frankly seems sadly appropriate for the moment. Unlike in the fairy tales, a pumpkin remains a pumpkin. It doesn’t matter what time it is – the strike of midnight does not magically alter the state of pumpkins, but pumpkins can be used for more down-to-earth purposes. 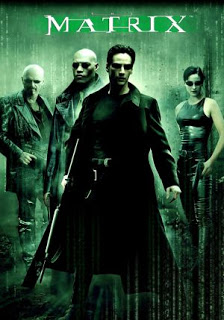