The Future of Pensions

I am currently at my annual conference in Wales – the Chartered Institute for Securities and Investments (CISI) with whom the IFP – Institute of Financial Planning merged last year. Yesterday we covered a number of valuable topics, but the talk that resonated most with me was from former Pensions Minister MP Steve Webb, who talked about the future of pensions – amongst other things.

I had to admit that my BS radar is usually on hyperdrive when listening to any politician these days, which is probably a sad reflection on me, however I was very impressed by what he had to say, albeit he did not paint a terribly pleasant picture of the future. Of course, only time will tell if his predictions come about and in fairness, he was quick to remind us of the problems with predicting the future, particularly in a climate where since the last general election all of the major political parties have changed their leaders and the country has voted to leave the EU. 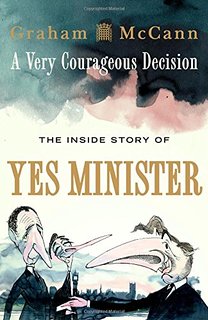 Webb was clear that changing pensions is pretty difficult and appears to be a low priority to either the Government of Civil Service. He gave an insight into the slow turning wheels of Whitehall, sounding much like an episode from Yes Minister. Given all the change that we have had (State Pension, Auto Enrolment, Pension Freedoms, Annual Allowance Taper, Lifetime Allowance…) he suspects and urges a period of quiet inaction from the Chancellor, Philip Hammond. This is particularly pertinent to those concerned about the loss or reductions of tax relief on pension contributions or changes to the tax free cash entitlement. He made the case that the public and financial planners could not plan ahead in confidence if the rules are changed every year, yet warned at Chancellors are easily tempted by ideas to collect more tax, however short-sighted.

Whilst on the subject of tax he made it clear that the Treasury are naturally inclined to taxing now rather than in the years ahead, so there is a very real pressure to take the view that tax relief reductions in the short-term outweigh the advantages of taxed incomes in the future, so by inference, a system of loss of tax relief and no taxation of pension income is a genuine prospect. He argued that this was evidenced by the Treasury’s love for ISAs and obvious contempt for pensions with the Lifetime Allowance reductions (and associated tax penalties) and the new tapered annual allowance. Personally he would scrap the LTA but retain a cap on annual pension contributions (which I certainly agree with). He did point out that of course putting trust in future Chancellors to honour a commitment not to tax pension income in the future required a high degree of faith, which  deliberately provoked some mirth from the audience.

Turning to Brexit, he simply outlined his view that interest rates are likely to be very low for a long time, which would place pressure on people to look for better returns than the puny sums they achieve from their savings. He argued that this would likely lead to yet more scams as people fall for yet more illusory promises of high returns. He also warned of the impact on final salary pension schemes which, because of the assets that they hold and the way calculations are performed, would have larger deficits in their pensions (due to low interest rates) probably leading to some, or perhaps a majority of companies trimming their dividend payments.. which in turn makes the task of achieving investment income harder still.

He seemed to have little regard for our regulator of whom he said was “not fit for purpose” and thought the new LISA was perhaps the most badly constructed investment idea for years. If you follow me on social media, you will know my thoughts on this already.

So, whilst Steve Webb found a receptive audience, I was left with the sinking feeling that there was little hope for common sense to return to the Treasury… but who knows… we all get to find out in a few weeks time for the Autumn Statement.