I have been looking forward to the release of “The Big Short” for some time. I suspect that many will yawn with incredulity at the prospect of watching a film about Bankers and the financial crisis… all that jargon, which is, lets face it, all rather dull and old news… I beg to differ.

This is a story well told, but a story that is frankly unbelievable, yet it happened. I would urge you to go and see it, I managed to do so on Monday evening (no I did not claim it as an expense). It will not change your mind about the Heads of Investment Banks or regulators, it will remind you of how utterly corrupt and complicit they have been in ripping off investors for years, and I see little evidence to suggest that this will alter.

The film makers attempt to explain some of the key terms that underpin the entire credit crunch. It is reminiscent of the musical about Enron – yes a musical essentially about accountants, but as with the musical, this is really an exposure of some rather foolish human behaviour.

Whilst the vast bulk of the film concentrates on the American story, the financial services industry is of course global and the setting for the story is largely irrelevant. 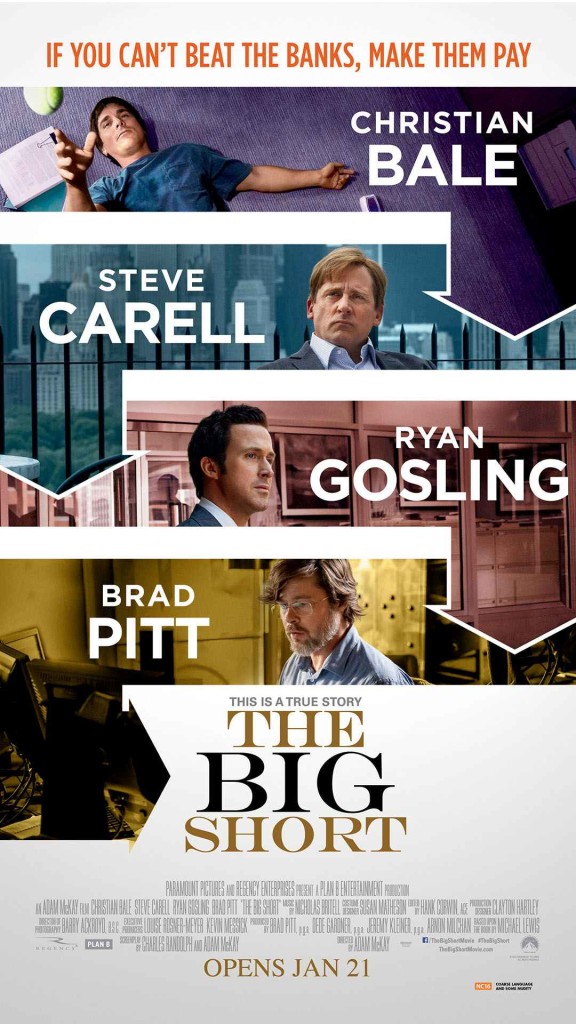 Are you sitting comfortably?

There are many that will not like the content of the film. The film is damning in its criticism of Government, regulators, bankers, credit rating agencies and mortgage brokers. The only group to have really been punished for the crisis in the US were the homeowners and the poor – by losing everything (a story told very well in the film “99 Homes” – see my piece on that too).

Here in the UK, we took the collective punishment of austerity, tax hikes and pay cuts. But at least the head of the regulator (then the FSA) was even knighted for services to the financial services industry (!).

You may have some questions after watching the film, both at the practical level and the “what one earth are they thinking?” level. Here is the official trailer to get you in the mood… oh and the film is nominated for an OSCAR. Mind you, I was even more incensed having watched “Four Horsemen“…  to my mind The Big Short is the softer option (pun intended).