The last few years have seen a reframing of the truth. Remember when Michael Gove told us that we had all had enough of experts in 2016? Whilst I have some sympathy with the reality that nobody knows what the future holds, to dismiss the thoughts of highly informed people seems, well… here is not the place. Let’s leave it that had he consulted a few more, he might not have made quite so many daft decisions. Thankfully we have so far been spared the indignity of him becoming Prime Minister.

I’m sure that there are many instances when experts are not required. For example, I don’t need an expert to be with me when I fill up my car with fuel. Yet the internal combustion engine is one of the wonders of the modern world, how it works and the fuel it needs has been refined over the years. Now those experts are struggling to replicate its efficiency in an electric form. The experience of refuelling appears “simple” precisely because of expertise.

The Price of Freedom

Many of us regard the ability to drive as part of our personal freedom. Recall how you felt when you passed your test and the sense of possibility it brought. When we have inept and plainly incompetent people in positions of power deciding matters of freedom we should be very concerned. Our judiciary system has also been questioned of late, invariably by those simply seeking to score political points rather than having a modicum of interest in justice 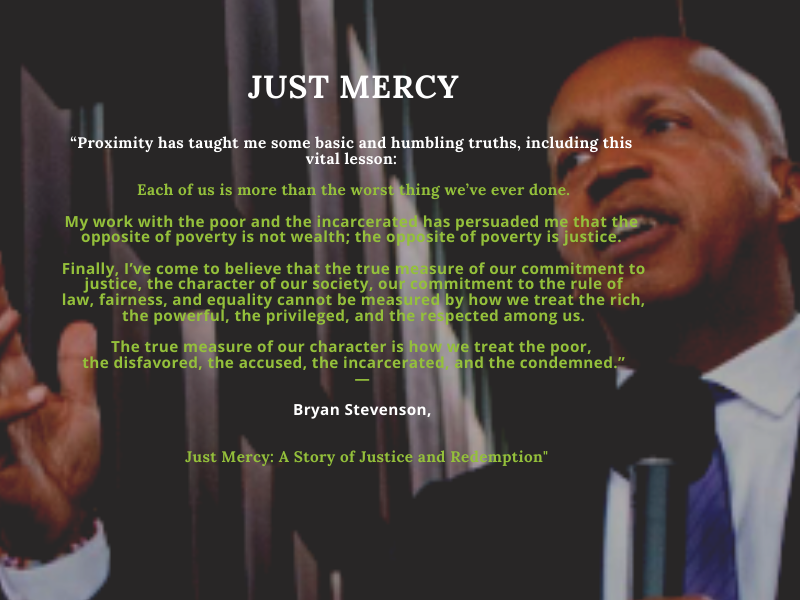 This is precisely the context for the new film “Just Mercy”, which thankfully is set in America – and arguably the most divided part of that great nation – Alabama. Where it certainly seems many white folk appear to simply misunderstand racism or don’t care. Thanks to the perseverance of Bryan Stevenson and the team at The Equal Justice Initiative (EJI) many wrongly convicted people have had their sentences overturned, and these simply a limited group who reside on death row. Pause for a moment… just let that sink in… equal – justice – initiative.

The story follows Walter McMillian who is residing on death row, found guilty of murdering a white 18-year old Ronda Morrison in 1986. The evidence is not even tissue paper thin. Yet McMillian is convicted. One can only conclude that those involved in the trial, including the judge were so blinded by their own biases and evident racism that they simply didn’t care how weak the case was. Yet despite this the Judge imposed the death penalty. Sheriff, Judge and District Attorney are all deplorable in their self-evident racism (as later found by Alabama Court of Appeal). These men were in positions of power, presumably possessed qualifications, but lacked any ethics or morality that I recognise.

Saluting the Real Experts, who may just save your life…

The story is compelling and moving. I’m biased, I would have liked to have been a lawyer but I’m not bright enough, cannot read quickly enough and would probably get myself into all manner of trouble. Bryan Stevenson, thankfully and the hundreds like him work for justice for us all, irrespective of gender, ethnicity or wealth. Thank goodness that legal experts like Bryan Stevenson are able to expose the corrupt and miscarriages of justice.

If you are comforted by the idea that this took place over 30 years ago in a different country, I have some sympathy, but some bad news. May I direct you to a book about our own judicial system – The Secret Barrister (click the link in the text). Perhaps it will help provide helpful information about the promises being made to electorate.

Here’s the trailer for the movie. A solid 8/10. Of course, this has nothing to do with your financial planning, except that what you believe and what you are told need to be properly weighed in the light of truth. We all know that the financial services sector has a bad reputation when it comes to scams, fraud and plain lies. We are independent experts that have always operated on a fee system, long before this became a requirement from 2013.

And finally, perhaps why this speaks to me is that I believe that it important to understand and address your past before building a healthy future. I believe it applies in all aspects of life, whether thats a doctor taking your medical history, an insurer wanting to know about your previous claims, an employer understanding your qualifications and history or simply starting out on any long-term relaionship. The truth does indeed set us free – free to choose. So here is another short video from the EHI.