THE WRONG KIND OF GREEN

THE WRONG KIND OF GREEN

I appreciate that we are now in the throes of an election campaign, I am not referring to the Green Party. You may think that I’m also about to embark on another piece about the green stuff we all know as money and how quantitative easing (QE) hasn’t worked for the right people, merely inflated markets and the balance sheets of the richest. Frances Coppola has a very good book on this topic (“The People’s Case for Quantitative Easing”).

Today is Halloween 2019. It was only a few days ago that Good Money Week concluded. This is a noble attempt to broaden the knowledge of investors about sustainable and ethical investments, these days called ESG investing.

Failing to understand the investment world whilst holding cash in a miserly deposit accounts and having a heart to do good makes for a dangerous mix. Green or ethical investment is mainstream these days. We have always offered ethical investment screening and I have recently reviewed selections within our portfolios, making some changes. As mentioned, I was also challenged to have ESG as the default portfolio for clients, having an opt out rather than an opt in approach. 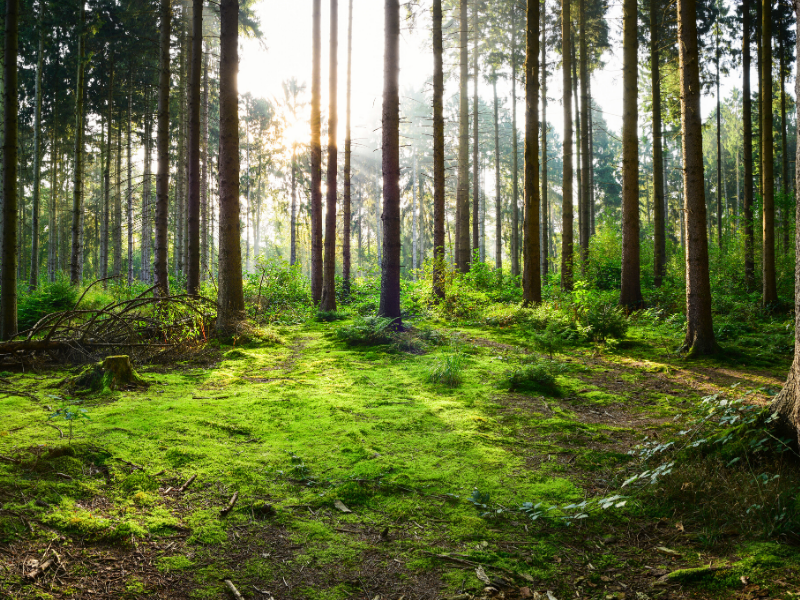 About a year ago a friend of a friend got in touch about an investment that she had made. She had invested all her life savings into what she thought was a fund that invested in renewable energy. Sadly, it was a scam and scams require the Serious Fraud Office (SFO) to get involved.

Seeing the wood for the trees

Today a similar story reached my desk. Yesterday the SFO made an arrest at Gatwick airport of one Omari Bowers who together with Andrew Skeene was a Director of Global Forestry Investments (GFI). The SFO have been investigating them and their company for alleged frauds between August 2010 and December 2015. According to the report Bowers has failed to attend two Court appearances over the summer. On Monday Mr Skeene appeared at Southwark Crown Court where he has been charged with three offences of conspiracy to defraud, four counts of forgery and one of misconduct in the course of winding up.

GFI had been promoted as a safe, ethical investment in Brazilian teak plantations, with investors offered to buy land and harvest steady profits. Now pause. Read that again. Think of what we “know” about the trees in Brazil.

Cutting it down to size…

Maria Thedoulou of law firm Stokoe writes “GFI was one of two schemes run by the former directors promoting two teak investment schemes in Brazil. The Insolvency Service found GFI received £20,146,631 from the sale of plots in the Belem Sky Project and £3,863,185 from plots sold in the Para Sky Project. In respect of Belem Sky, investors were offered the chance to invest a minimum of £5,000 in the teak plantation for promised returns of “10-20%” per annum. While investors who contributed to the £24 million plus pot in fact saw little or no returns, over £13 million arising from the sale of the plots went into the bank accounts of Bowers and Skeene.”

I’m sure that you will appreciate that there are rogues “out there” attempting to part you from your money. In practice the UK is tightly regulated, so by and large it isn’t easy to buy a scam investment, though adverts of Facebook and the internet generally make this possible. Most scams of this nature are done through your pension – a SIPP. Eh? Don’t I have one of those? Well probably if you are a client of ours. In the same way that you probably own a car. There is nothing wrong with a SIPP, its simply a self-invested personal pension. When used properly it is a brilliant pension. If you fill it with dross (because you can) then it will turn toxic on you very quickly. The same being true of attempting to fill your car up with chocolate. It won’t work. Yet there are “advisers” (for which I mean liars and con men) that will not only assist but promote such ludicrous schemes. One such advisory firm being “Emerald Knight” – do google them. This stuff is awful. People like Angela Brooks will be a source of some comfort as she continues to fight the good fight against these sorts of scams, which happen all the time (Angela appears in our magazine Spotlight- October 2019).

Hard wood, soft wood – would that it were so simple

I understand that the stock market may be confusing and perhaps scary. Companies go bust, we regularly hear about billions being wiped off the markets. Yet the truth is rather different. You never, ever hear “billions were wiped onto the markets today”. You rarely hear that these are actual businesses, employing people and solving problems. You simply hear about those that dodge tax. If you buy a market tracking type of fund, you own all of the companies, “good” and “bad”. These are traded in highly regulated markets every second of the day. Market fraud leads to prison. Certainly investing is not for everyone. If you have enough money in the bank to provide you with all your needs, allowing for inflation until your death, you probably do not need to invest. The rest of us do. Get proper advice about how to do this. You can apply ethical / SRI or ESG criteria to your investments, but above all use an adviser that is not promoting dross and saying things you want to hear, but deep down there are alarm bells ringing that something is desperately wrong.

If you know someone that is comtemplating investing in this sort of stuff or has mentioned “a great investment opportunity” to you please tread carefully, give them my details and tell them to get in touch before their investments go up in a cloud of smoke.

Sorry, I’m a bit late in the week to give a mention to Good Money Week 2016. If you are a client or have been following my blog over the years, you will know that I have been an advocate of what used to go by a different name, but is essentially the same National Ethical Investment Week.

Let’s start by stating the obvious, not all businesses are terribly “nice” some are run by people that can only be described as “psychopaths” (see book by Jon Ronson) and others are simply all about extracting as much profit without any regard for people or the planet. However, when it comes to defininig “good” and “bad” we all know that life gets somewhat complex.

Ethical investment began life really as a way of not investing in certain industries – typically, gambling, pornography, weapons and alcohol. Since then things have moved on, the world has become more complex and Governance has become arguably the key issue for businesses.

Ethical or Socially Responsible Investing (SRI) offers a range of options to best suit your values. It is not necessarily the case that these will perform worse than “non ethical” investments, which is often a misconception. In any event looking long-term, one can surely make the argument that sustainable businesses, services and products are highly likely to be profitable in the future. 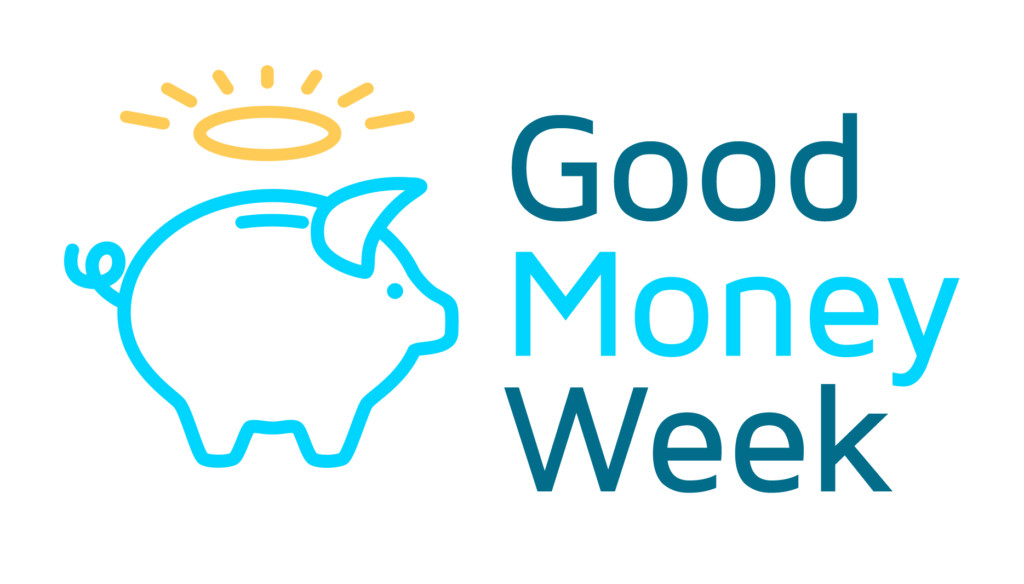 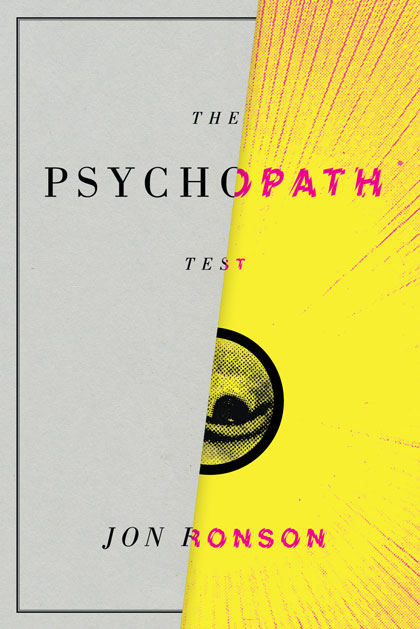 Anyhow, quite a number of our clients express the view that they would like ethical criteria applied to their investments. Now it isnt a perfect world with perfect solutions, but certainly much can be done.

We offer ethically screened portfolios for those that want them and for those with assets under £100,000 we offer a low cost service with ethical options too – just have a look at our 100 Club, if you are looking for an ethical ISA or General Investment Account… and no need to even speak to us if you dont wish to. Click here for more.

Of course if you wish to discuss this in more detail, just send me an email or better still, pick up the phone!

As you probably gather from this blog, I like movies and see a fair few of them. This short fairytale is perhaps one of the strangest I have seen in a while, but its the one that Good Money Week are using… so in the spirit of co-operation, here it is.