Speaking up for Annuities

OK, let me be clear. I have long wished that the compulsion for people to buy annuities would be abolished. It seems that sometimes wishes do come true…as the Chancellor did precisely this in his Budget last year and on 6th April 2015 the new rules begin. However the general level of financial knowledge is very poor in this country… little wonder as its a dull subject for most people and full of very unhelpful jargon… and some maths… the perfect ingredients for neglect.

Annuities aren’t good or bad. They are simply a financial product, designed to provide a guaranteed income for life. It is very true that annuity rates have fallen heavily over the last 20 years. This has nothing to do with “greedy insurance companies” but is due to low interest rates, low inflation, low gilt yields and increased life expectancy.

So when I came across an item from the Telegraph “I spent £100,000 on an annuity” I was drawn to it…. well.. thought I should read it anyhow. This is the sad story about Mr Archer, who following his purchase of an annuity decided to see his doctor, who suggested he has a scan and, as it turns out, had a large tumor growing and therefore posed some serious questions about life expectancy. 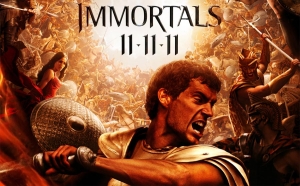 Now, we have probably all made decisions that we would like to reverse with the advantage of hindsight, but in truth the only real “mistake” made by Mr Archer was to fail to see his doctor and get a full medical prior to buying his annuity. Armed with such information his adviser would probably have provided him with different options.

A clean bill of health…

Normally in the world of financial services, you want a nice clean medical history… relevant when applying for any sort of financial protection (life assurance, critical illness cover, income protection and even private medical insurance). However when it comes to annuities you are more likely to have better options if your health looks… well not so good. In both instances you must be entirely honest, but quite obviously it would make sense to have a medical before an annuity application is made. This could lead to being offered an “enhanced” annuity (sometimes called an “impaired life” annuity). In short, meaning that your life expectancy is below average, so you are offered a higher income… perhaps 30%-40% more. Many retiree’s will qualify for an enhanced annuity.

You cannot change history… but can alter the future

This is not the fault of the annuity provider, or indeed the product. It is sadly a case of “if only I’d known”. Whilst some clamour for annuities to be unpicked, I think this very unwise. The new rules result in greater flexibility, but there are serious concerns that some will simply blow their pension. Indeed just because a doctor or insurer says you have a reduced life expectancy, does not mean that its a certainty… its all about likelihood and probability. The only certainty you can give yourself at retirement, is to book a medical with your GP first, then get a decent financial planner to outline your options. Please learn from the very understandable mistake that Mr Archer made and don’t make the same one. None of us are immortal, with age comes greater health problems… death is not a question of if, but when.. so please add some advantage to your hand.