I’m well aware that we in financial services often seem to live and breathe pensions, savings, investments and tax… and for most people this is a necessity not an interest. This week my peers and I have been quite taken aback by the changes to pensions, annuities and ISAs. Assuming the proposals are approved, this means significant improvements for clients, but not without risks.

So What?… meet Mr & Mrs Cash from Wimbledon 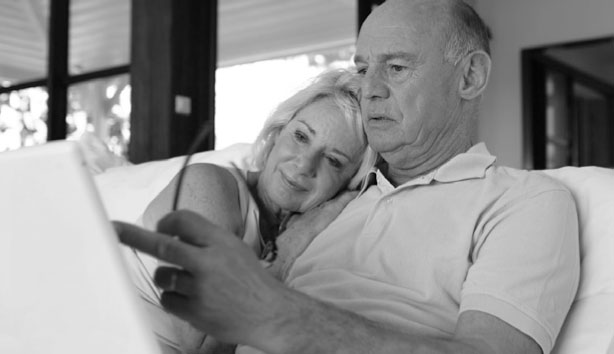 Let’s suppose a healthy, non-smoking married couple Mr & Mrs Cash are both 65 years old,  and live in the leafy suburbs of south west London in Wimbledon (SW19). They want an income of £30,000 a year and would like this to rise by 3% a year to keep pace with inflation. They want this income, even if one of them dies, continuing at the same rate until finally both have left this mortal realm.

So now the “interesting” part, which is where the educated guesswork begins and the gamble with life really gets exposed. Remember that the annuity I have shown will last for the lifetime of the couple, income will be £30,000 a year and keep pace with inflation (provided inflation is 3% or less). Once the couple die the annuity stops, there is nothing left.

The alternative for this couple, with a fund of £892,857 wanting £30,000 a year increasing by 3% a year is to convert their pension into a flexible Drawdown pension, keeping the money invested. Let’s suppose the investment grows at 6% a year on average (3% above inflation). It NEVER runs out. In fact by the time they are 100 the fund is worth £1.9m having had a total income of £1.8m out over 35 years (by the way their income in that year… 35 years from now is £81,957… which in real terms is £30,000 today. Yes the investment will fluctuate in value, but we are, in this instance only wanting a modest income from it each year.

Ok, so back to life’s big gamble…. How long will Mr & Mrs Cash live? The average UK female aged 65 will live another 20.62 years which is longer than the average male who has 18 more years according to the ONS figures. Let’s assume this is a couple that due to diet, lifestyle and good genetics live longer – to 90 (that’s 25 years). To do this they would need £512,153 in a portfolio, which grows at 6% a year. This would then run out at 90. Nothing left, nada, gone, zilch.

My point being that a much smaller pension pot is required (with these assumptions) its about 58% of the fund you would need to do the “same thing” when buying an annuity. I say “same thing” as of course if the couple live beyond 90 the annuity continues to pay out, the pension has all gone.

Equally if both of them die “prematurely” at say 78, then the annuity finishes, there is nothing left. If the money is in the pension, there is a balance which can be passed to beneficiaries. Today this would suffer a 55% tax charge, but if I’ve understood the proposals, this will reduce to income tax rate levels. This is still to be clarified, but either way there would be money left in the pension (£1.2m by my maths). Let me say that again… there is £1.2m (one point two million) left rather than nothing.

The advantage an annuity provides is that it is guaranteed for life, so you know what you are getting. This can be a very good thing in the right circumstances. But it’s a one time decision and if you don’t live long, one might suggest that it was terrible value for money, it is only in year 22 that the total income that you would have had over 21 and a bit years  would surpass your original capital investment… making one or both of you 87 essentially before you’ve “had your money back”. This is all down to low annuity rates, which are due to interest rates, inflation, economics and life expectancy… things that you and I can influence very little.

Should we trust people with their own money?

Of course the danger of access to a pension is now being discussed in the media, there is justifiable concern that people may simply take their fund and blow it all at once…. on a nice car? Remember that this is taxable income, so any amount over £150,000 would be taxed at 45% and once its gone its definitely gone with no further help from the Government. There are concerns, and yes some people will blow it. However, from next Thursday, this feature is only available if you have £12,000 a year in guaranteed income (in your own name) currently you need £20,000. This amount does include your State pension and any other employers pension. So a lot of people will qualify, but of course not all by any means. Those with small pensions will not be able to use this feature, but they can use “capped drawdown” instead, which has also been improved, but clearly those with smaller pensions probably need more certainty for their own budgeting.

So where is the catch? well, between you and me….. I imagine that the cost of residential care will now be raiding many people’s pension pot in a rather more aggressive fashion, so spouse’s be warned… have your own pension pot.

Of course there are many more options and you could always decide to use the fund to buy an annuity at a later date (annuity rates tend to improve with age) and careful maths needs to be done and dreaded terms like “critical yield” may become a familiar term to many pensioners in the future. This is why reviewing your financial planning regularly (annually) with a us is really important and of course we can demonstrate the options and their consequences. So get in touch.