You’ve heard the expression “money talks” I’m sure. Well, if you have tried to open a savings account or current account with a main UK bank in the last 10 years or so you will have observed and experienced a high degree of red tape and hoops that you have to jump through to prove you are who you say you are (even if you’ve been with the bank for your entire adult life).

If you are a client, you will have gathered that we have to verify your identity, residency and source of your funds. We try to make this as painless as possible and apply common sense. This is important (sadly) because there are people out there that are involved in criminal activity, taking money made from drugs and laundering back through legitimate financial arrangements so that it becomes “clean”. Just so that you are clear, if we (or anyone in financial services) suspect this is the case, we have to report it, else risk imprisonment ourselves.

So it was with some degree of surprise that I read that Barclays received yet another eye-watering fine. This time for poor handling of financial crime risks. The fine imposed is £72million. This relates to the lack of checking done on some of their clients…. ultra high net worth clients, who were “politically exposed people” (a term used not just for politicians, but those also in positions of significant public service etc) 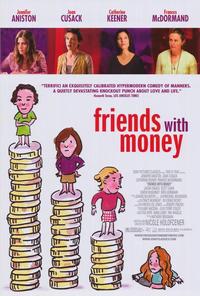 Barclays were caught arranging £1.9billion (pause, that’s billion)… for a few such ultra high net worth individuals, without the proper checks in place. Perhaps it had something to do with the commission that they earned in the process – some £52.3million (all in a day’s pay). This occurred in 2011 and 2012 when Bob Diamond was at the helm (until July 2012). He resigned as a result of the Libor scandal. Anyway Barclays went to “unacceptable lengths to accomodate these ultra high net worth individuals”.

The FCA have fined Barclays in the hope that it will make them think twice about similar actions in the future. The real motivation is of course the sums involved, and as the FCA’s final notice said the clients involved were ‘politically exposed persons’ which are individuals with a ‘high political profile’ or have or had held public office, and pose a higher money laundering risk as their positions may make them vulnerable to corruption.

So now you know that the regulator thinks such people are at greater risk of corruption. Yet the irony is that had this incident happend at a financial planning firm, like this one, should it have been found wanting in such a manner, a custodial sentence and lifetime ban would have probably been handed down…. so there’s more than a slight degree of “power play” at hand here. Hence a few advisers are more than a little peeved that yet again, despite the big fine, the punishment never lands anywhere other than the shareholders in the Bank… after all aren’t these senior executives remunerated for the risk that they take? isn’t that why the big bank, pays big salaries, to big names to work with other big names and get away with a big golden handshake?

What still perplexes me, is why anyone would ever use a Bank for anything other than a bank account…. yet they do, in their millions.

You can see the FCA fine notice here… for the breach of principle 2.