Skip to content
Meet the new Boss (of Japan)

There was little doubt that Shinzo Abe would be granted a third term as Prime Minister; the ruling coalition’s majority was almost entirely insurmountable, certainly from the perspective of an opposition party in a state of disarray . In the event, the inevitability of it all encouraged the lowest voter-turnout in living memory (at 52.4%).

Actually, Abe’s victory was not entirely a compelling one. The Liberal Democratic Party (LDP) lost 3 of the seats they gained in the 2012 election while their coalition partners, Komeito (described by the Financial Times as ‘pacifist-leaning’), gained 4 seats. Together, they attracted just shy of 50% of votes compared with nearly 23% for the Democratic Party of Japan.

As an aside, a fall in the share of seats for the LDP coincided with a rise in seats for Komeito. The numbers are small (3 lost versus 4 gained) but that ought to help calm fears that Shinzo Abe will shift his focus from domestic economics to a more aggressive form of foreign policy. Komeito’s 2014 manifesto committed them to ‘improving relations with China and South Korea’ and renewed their desire for a ‘zero-nuclear world’. Indeed, the bulk of Abe’s victory speech focused on domestic issues and contained a promise to ‘further push forward our economic policies in a firm and dramatic manner’. 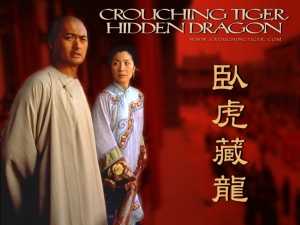 From the outside looking in, Abenomics 2.0 looks very much like Abenomics 1.0. The only real difference is in the timetable for the remainder of the consumption tax hike (from 8% to 10%) which, barring any more surprises, has been delayed until 2017. Of course the next few weeks will bring policy announcements intended to boost consumer spending and cushion the more harmful effects of a hugely depreciated yen. But these will be fixes – attempts to mask the side effects of established policy – rather than newly originated measures.

In spite of the excitement of the last few months our benchmark for success remains the same – Japan will be significantly closer to sustained growth if real wage rises can be generated in the first instance and maintained in the second instance. Without real wage rises, consumers will see their standard of living eroded while monetary policy supports surging share prices and inflated corporate profits. In time, that will undermine a sense of fairness – a feeling that the gap between the ‘haves’ and the ‘have-nots’ is widening – and support for the government will fade.

That is why we place so much emphasis on the package of measures comprising the ‘third arrow’. A tighter labour market (unemployment stands at just 3.5%) and a threat to tax retained corporate earnings might be enough to encourage wage rises which exceed inflation in the short term but far-reaching structural reforms are probably more important in the medium term.

Make no mistake though, Shinzo Abe faces a task of Herculean proportions. In pushing through his reform agenda, to encourage competition in hitherto protected industrial sectors, he must combat powerful vested interests. Japan’s aging and shrinking demographic brings great danger in the long term. But the Japanese have long enjoyed a very high standard of living and Mr Abe’s reforms threaten to disrupt the status quo in the short term.