How Was Your Last Quarter? 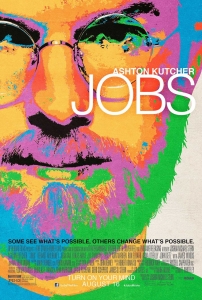 You may have seen the news that the Apple corporation have just posted the largest profits for Q4 in history. Apple is an enormous company, worth around $640 billion. At the end of 2013 Apple had a market capitalisation value (the value of the company based on the price of issued shares) of £302 billion…which at the time was about 2.2% of the total US market (£13,304 billion)… or to put it another way 14.6% of the UK market (then worth £2,057 billion)…. to give this some context the market capitalisation of Greece was £20 billion…. so back in 2013 Apple was worth 15 times more than Greece.

The results of Apple for the last quarter of 2014 saw profit of £11.8 billion. That’s profit. So one has to ask, what does Apple do that others don’t either as corporations or nations?…. and hence the obsession that many have with Steve Jobs. Much of the profit was due to the sales of the iphone – all 74.5million of them sold in the last quarter!… good to feel unique eh?

Many businesses will look at Apple with considerable envy, the more thoughtful will reflect on what they do to create such loyal customers…. perhaps a few lessons for the politicians too.