JUDY – A STAR IS BORN

The new film “Judy” about the last year of Judy Garland’s life is now on general release. Renee Zellweger gives an impressive performance or perhaps impression of the troubled Garland.

Judy Garland died on 22 June 1969, just a few days before the moon landing. She died of an overdose of barbiturates, at a rented property in Chelsea. The overdose was probably a culmination of a lifetime of pill-popping, established by the shameless manipulators of a young girl. The irony that even then “we” could land on the moon but fail so spectacularly to address mental health problems is bad enough, yet today, whilst mental health and well-being are on the list of hot topics, the progress is painfully slow.

The movie depicts a woman that struggles, we are left thinking “little wonder” not because of her talent, but due to the constant pressure she faced from childhood to perform. Bullied and harassed by her studio, the yellow brick road was certainly long and hard. When I learn about stories like these, which are all too familiar and present, there is a deep sense that those people around the individual concerned continually fail to protect and care. It seems to me that they are little more than parasites, there is no oversight of value, simply extraction. 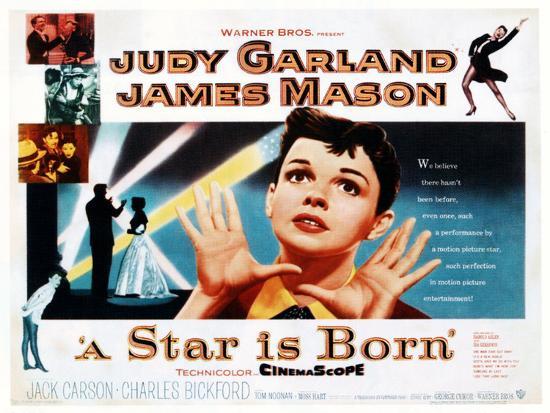 Garland died with huge debts for 1969, she was basically swindled by her managers Fields and Begelman, was forced to sell her home and lived from hotel to hotel, reflecting her succession of husbands, all 5 of them. None appeared to offer any solace. “There’s no place like home, there’s no place like home” a line a young Garland echoes across time as Dorothy from Kansas. A story I suspect we all know well. She died homeless, with an estate of just $40,000 that couldn’t meet the charitable bequests she made in her Will.

It baffles me that advisers (of all types) deliberately rip off their clients. There are regularly stories of actors, musicians or sports stars who are often very successful in their field, but not good with money. My main professional function is to help clients to keep more of their money, to avoid financial investing mistakes, scams and waste. Getting this right provides the base for some decent planning, using money wisely. Every time I see these stories, I wonder why they didn’t have a decent adviser, why they didn’t ask me? (of course, being a minnow, how would they?).

Placed on the stage as a toddler, she rarely found attention of value outside the spotlight. The film may take some liberties, (I hope) with her treatment in London, which she had described with deep fondness previously, particularly after her 1951 tour of the UK. One scene at the Talk of the Town Club shows an embarrassingly disrespectful crowd. I hope that this is artistic license (a similar incident did happen in Melbourne, Australia in 1964).

It takes something to have been married 5 times by the age of 46, that something is clearly a damaged psyche desperately looking for the right attachments. Her trouble with men almost certainly began way before David Rose (30 at the time) proposed to her on her 18th birthday whilst still married himself. They married a little over a year later under Studio advice. There then followed a constant supply of unsuitable men.

The film implies that perhaps the blame for her lot is rather wider than simply the men in her life. The studios promoted the “girl next door” image and the studios made her continue to play roles that she was too old for. Their argument being that the public loved her as a “kid”. The studios were responsible for her health and wellbeing, but merely encouraged eating disorders, addictions, suicide attempts and a deep sense of inadequacy. How complicit audiences and fans are in the rise and fall of stars remains a question that we return to regularly.

Perhaps what we can take from this tale, is that, sadly, good advice is much rarer than bad advice. There are many that are willing to part you from your money and cause your ruin. Don’t be fooled, seek out good advisers that offer the invaluable, connecting you and your money with your values. Judy Garland was failed. Spectacularly.

As a movie, this is a good one. Here’s the trailer.