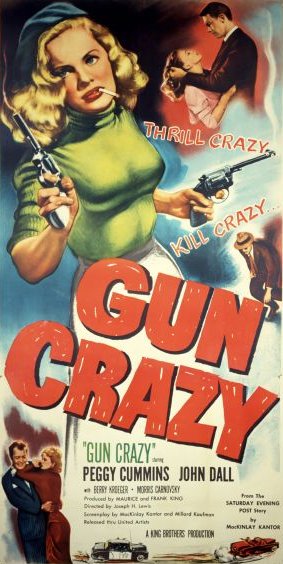 Here in the UK we have some gun crime, its horrible, but it is still thankfully rare. In North America the obession with guns is perplexing, the rising death toll and increasing militarisation of police forces is alarming. We have seen further mishandling and stereotyping lead to deaths in police custody and now further riots in some American cities. I’m not anti-police, I am anti-stupidity and I don’t think I’m telling you anything you don’t already know. America has almost no gun control, you can wander into a gun store or general department store (heck, sometimes they even give them away for opening a bank account -see Bowling for Columbine) and buy a firearm and ammunition. No real checks. We tend to think this is insane.

Yet here in the UK we have an equally perplexing situation which has collectively blind-sided most people. Its in the form of pension advice. Yes that rather dull topic (believe me I know how dull). Anyway it seems that your neighbour – the one that’s tempted by all those offers of too good to be true (because it isn’t true) high investment returns is wreaking havoc with the rest of us, like a loaded gun.

Garbage in, garbage out..

Despite warnings from the regulator, or there being a regulator, believe it or not, there are some “advisers” out there peddling all sorts of… well…”junk”. These always promise high returns, but actually pay high commission (something that is meant to be banned). So I can only assume that the person that does this is greedy, gullable or vulnerable. If the latter, then they have my sympathy and support, but those that are gullable, well it may sound harsh, but at some point in life you have to take some responsibility for your actions. As for the greedy… why should the rest of us pay for your gambling habit? eh?

Back to the gun analogy. Say I am a shop keeper, I don’t sell guns, in fact I sell books, but the guy nextdoor does. Guess what? his customer went on a rampage in the mall and shot 60 people. Being a shopkeeper I am sent a bill for compensation because I am a shop keeper.

What do I mean? Well pensions are regulated products and in theory should be arranged by regulated advisers. However in some products (SIPPs – Self Invested Personal Pensions) you can hold “uncoventional” funds… or what I might call “stuff you shouldn’t ever touch”. The regulator (FCA) would call this “non-mainstream funds” and in fact categorise them as “unregulated” in other words not regulated and therefore not actually protected by compensation. However because they were bought through a SIPP (regulated) and arranged by an adviser (regulated) therefore when it predictably goes wrong (it will) anyone that is an adviser gets to pay for the compensation. Now I don’t know about you, but I thought being an adult involved taking responsibility for your actions, so being one, I don’t sue people every time decisions I take don’t work out right.

Yes inflation is 0% but fees increase 75%

I tell you this because on top of a £20million levy a few days ago in March, the new annual levy has been set, increased from last years £57million to £100million for those that arrange pensions (shop keepers). This levy always comes with 30 days to pay (thanks). This is only a fraction of the full regulatory fees that I and other adviser firms have to pay.

Nobody to blame… but the good guys can pay up right?

The pension companies that allowed these investments in their pensions claim “not guilty – the adviser did it”, the regulator claims “We can’t use our product intervention powers on unregulated investments”… so cannot stop the funds being sold (or bought).

Those that sold these things have scuttled off elsewhere, probably to re-emerge in a different guise, leaving the dwindling number of firms (now about 5,300) and advisers (now around 24,000 from about 250,000 20 years ago) to pay the bill. The bill is paid by the firm and is enough to wipeout some firms, meaning that next year….the numbers reduce, so the share of the bill increases. There is only so much “cost” that a small firm can manage before needing to pass this on to their clients. I therefore predict that as a consequence, many advisers will be “forced” to put up their fees… which means you are also coughing up for the greed of your neighbour, because they cannot be bothered to take any responsibility for believing in fairytales…

Sorry to moan, but seriously… this isn’t fair is it? Of course people that have been ripped off need compensating, but seriously, you didnt think investing in a timeshare via your pension was normal did you? Your comments would be very welcome…. perhaps I am missing something, perhaps my entire profession is… in which case I’d like to know so that I have a snowballs chance of improving it.