As Wimbledon begins, some hard truths will be faced. Some players will not be “on their game”; some will peak too early and some will enjoy good luck whilst others might curse technology, training, lack of sleep or why on earth they did or didn’t do something that may have made all the difference. We will all have our favourites, but in the end only one person can win the singles championship. In just a couple of weeks all the questions, hopes and dreams for Wimbledon 2017 will be consigned to history.

In a similar vein, June was interesting and is now over. An election, a minority Government, a deal with the DUP, various horrendous disasters and circling political vultures all attempting to appeal to the crowds, some more obviously than others. Much of this we cannot control, despite what some might suggest within social media. 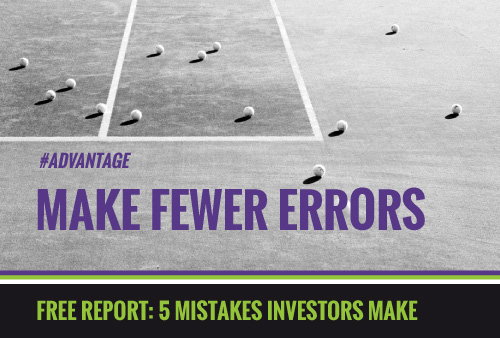 The FT reported the rather grim news that Britons are saving less of their disposable incomes that at any time since 1963 when such records began. An alarming 1.7% of income was left unspent in the first quarter of 2017, significantly below the long-term average of 9.2%. Reports also continue to make the argument that around 1 in 6 people use a credit card to get through the month. In tennis terms – there’s not enough left in the locker.

Whatever your view of austerity, clearly if income falls behind the rate of inflation, you effectively have a pay cut. This is something that the State Pension triple lock is designed to prevent (after many years when the State Pension arguably fell in real terms). It is estimated that the triple lock costs around £6bn. It would certainly appear that the days of austerity are coming to an end and that there is growing support for the end to the cap on Public Sector salaries which have been held back since 2010 (when Rafael Nadal won the men’s singles and Serena Williams won the women’s singles at Wimbledon).

However, unless people begin to save for their own futures, arguments about austerity are going to seem like the proverbial storm in a teacup.  The undeniable truth is that we all need to budget and live within our means. Most don’t appear to do this. No Government in recent history has achieved it either. If you cannot control what you earn, you can only control what you spend, which means accounting for how your money is spent. The truth is that hardly anyone likes to budget and probably dislikes drawing one up a little more. Our clients are no exception – and most don’t really “need to budget” but of course it is a discipline that we advise and encourage to ensure that your hard-earned income sticks to you.

However, it is vital to understand where your money goes. The chequebook (remember those?) does not lie. It is very easy to spend and keep spending in a society that is expert in parting you from your hard-earned cash.

As with politics, in tennis with patience, generally your opponent will tend to beat themselves. Sure, you may need to play well, but invariably the loser is the one that makes the most and more significant mistakes or errors. The most basic of these to make in financial planning is failing to budget, ignore it at your peril. In tennis terms, its the equivalent of not being able to serve.