Skip to content
Hamster Wheel Economics and the Property Game

The Council of Mortgage Lenders recently published data equivalent to the who’s who of lending.  There are few surprises and perhaps further evidence of the 20/80 Pareto rule. The bulk of lending was provided by about 20% of lenders, who secured about 80% of debt. The ‘’big six’’ in order are Lloyds Banking Group, Santander, Barclays, RBS, Nationwide and HSBC. Collectively they provided loans of £110.8bn which is a reduction on the previous year (2009) figure of £119bn. Collectively they hold 81.5% of the market.

In short, this is a problem. I’m not a fan of economics that relies upon debt. Yesterday I heard some quite ludicrous statements from a leading home builder on the radio that went completely unchallenged all of which results in property prices being kept unnaturally high and inflated out of the reach of many people – the vast majority of us could not buy our own homes if they were up for sale today, even in this “depressed market”. It doesn’t matter where you are on the property ladder, the inability of others to buy a home is a problem that eventually impacts us all.

Any market where 6 companies control the bulk of funds is troubling. The over-reliance upon them making good decisions is a flawed scenario, particularly as for the majority of the time they compete with one another and effectively mimic each others decisions. When you consider that all of the top six have acquired other lenders in recent years this merely evidences that market share can be bought and with significant market share, significant power follows – sufficient to “buck” the market.

Naturally the banks (and Building Societies) need to lend responsibly, but these figures demonstrate that lending has shrunk since 2009. I would normally suggest that this is a good thing (sensible lending) but given that the money has really been used to repair their own balance sheets (with the exception of Barclays) this does not help the wider population.

Houses are overpriced. The link between income and borrowing levels is tantamount to insanity. Building companies “helping” people with a deposit may on the surface look like a “nice”gesture but in practice merely fuels the overpricing. Think about it…. a builder offers you 15% of the purchase price (a price set by the builder) so the borrower only needs to find 5% and the lender stumps up the rest. The Builder makes on the sale and on the financing (which is a loan), the lender makes money on the financing and has the first charge over the property.  The borrower actually has a 95% loan on a property that was valued by a builder and endorsed by a surveyor who bases prices on “market value” which is a strangely hamster wheel-like scenario.

Thankfully the number of repossessions in the first half of 2011 fell by 7% against the same period in 2010. However this is still 18,100 repossessions in the first half of 2011 or 3,016 a month – about 100 a day. Those in arrears numbered over 320,000. But what do I know! I’ve been saying for years that property is overpriced and little has really altered and anyway, the CML point to an improving trend and suggest that the mortgage and property markets are improving. 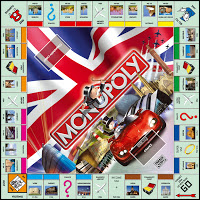