Some of you may recognise the brand Gibsons liqueur as we sent some out in our Solomon’s Christmas gift boxes last year. It’s safe to say it’s a brilliant addition to a number of goodies including ice-cream, gravy, prosecco or gin. The team here at Solomon’s are big fans!

The story began in 2007 when, after 2 years spent volunteering on organic farms around the UK, Miles Gibson returned home and began planting fruit. The fields had previously been used solely for grazing sheep, and Miles built slowly, experimenting with different varieties, husbandry techniques and field positions guided by what he had learnt, and most of all by what his little patch of land taught him.

We asked Miles a few questions about his now booming business, and here’s what he had to say…

WHAT WERE SOME OF THE REASONS THAT RESULTED IN YOU STARTING YOUR BUSINESS?

I’d been working in London as a youth therapist for 10 years, and felt the call to do something a bit less in my head and those of other peoples.  I took a year travelling around different organic farms in the UK working as a volunteer and by the end of it I decided I’d like to work my own small bit of land.  I’d learnt that if I was going to grow on a small patch I’d need to add value by processing what I grew into something – booze appealed!

WHY WAS BEING AN ORGANIC PRODUCER SO IMPORTANT TO YOU?

While in London I attended a talk by the then chair of the Soil Association and was inspired by the message of farming in harmony with Nature.

WHAT HAVE YOU LEARNED ABOUT BUSINESS THAT YOU HADN’T REALISED BEFORE STARTING?

That starting your own business really is all consuming, particularly in the early years.  That you can make as good a product as exists but it won’t sell itself, you’ve got to get your story out there, and try not to get too frustrated by the competition when they are all story and no substance!

WHO WOULD BE YOUR TYPICAL CLIENTS/CUSTOMERS?

AB I guess.  I started off mainly selling through farm shops and delis in the Cotswolds and at farmers markets.  I now do some food/Christmas fairs, and have expanded into the world of mixology where the provenance and rarity of some of my flavours are appreciated.

WHAT’S THE PLAN TO DEVELOP THE BUSINESS GOING FORWARDS?

I’d like to expand further into bars and hotels and continue to innovate and win awards with the liqueurs I produce.

IN TERMS OF FINANCIAL PLANNING STUFF, WHAT’S YOUR EARLIEST MEMORY OF “MONEY”?

Delighting in making piles of 1s and 2ps inspired by a Ladybird image of a tax collector in biblical times!

WHAT ADVICE ABOUT FINANCES DO YOU WISH YOU HAD RECEIVED AND TAKEN WHEN YOU WERE 20?

When your parents offer to buy you a flat in West London as an early bit of inheritance planning say ‘yes please’, rather than I’m not interested I’m going off to France to be a poet! 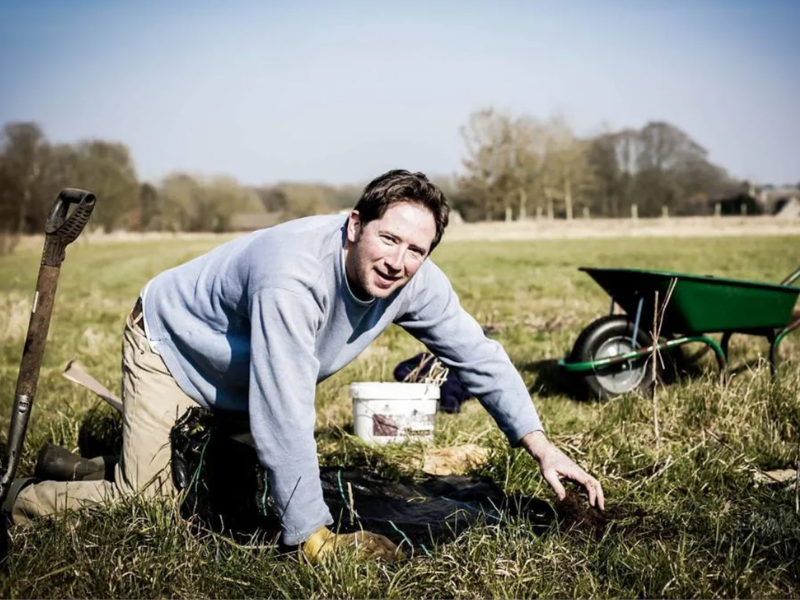 You can read more articles about Pensions, Wealth Management, Retirement, Investments, Financial Planning and Estate Planning on our blog which gets updated every week. If you would like to talk to us about your personal wealth planning and how we can make you stay wealthier for longer then please get in touch by calling 08000 736 273 or email info@solomonsifa.co.uk