It is very easy to ridicule Donald Trump, whilst obviously being rich and a shrewd businessman, which for some seem the only important credentials, for most ordinary people, there is an obvious lack in his basic ability to lead, let alone act with any sense of compassionate understanding.

Thankfully, the US Presidential election is now just a little over three weeks away, with the votes being cast on Tuesday 8th November. Over the last few months I have met many Americans and all of them, without exception have felt the need to begin with an apology for how Donald Trump has even managed to make it this far. Yet in truth, despite the obvious inappropriateness of his presence at the Presidential election, our own politicians scarcely do much better.

It’s not as if these roles are unimportant. There are clearly enormous problems at home and abroad that require a collaborative approach to finding solutions. The most obvious being that of climate change, yet the US, now eclipsed by China as the world’s largest polluter, has a Senate that is significantly paid by fossil fuel companies to block any progress on climate change policy. Many of whom are deny the reality of climate change, supporting the 3% of scientists who take the same view. In 2016, some $20.7m went to Republican senators from the Oil and Gas industry ($2.9m went to Democrat Senators). This isn’t so much cash for questions, but cash for impediment. In fact, the entire energy and resource sector paid out $9,280m to Democrats and $38,904m to Republicans in 2016 (source: www.opensecrets.org). 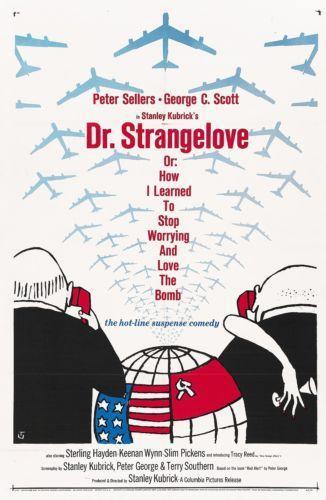 There seems to be a chasm of difference at times. Many calling themselves “Christian” essentially expressing the view that difference is not simply unwelcome, but provides a legitimate reason to murder and annihilate (see the report from the conservative Republican newspaper in Arizona who for the first time in its history endorsed a Democrat rather than Donald Trump). What is jaw-dropping about this is simply the utter lack of self-awareness, humility, humanity and an inability to see that there is just about a gnat’s whisker of difference between some of them and other extremist zealots that we call terrorists. Yet this apparent contradiction between stated “faith” and personal actions seems completely lost.

The small but deeply misguided minority

Which brings me back to my point. Americans apologising. Well, for starters I know of nobody that thinks all Christians or all Muslims are extremist bigots, any more than anyone thinks all Americans are nuts. OK I don’t keep company with those that express such views, but my point is that whilst we are shocked by what can come out of the mouths of Donald Trump and his “supporters” we don’t really think all Americans are like this, not for a millisecond. In the same way that we don’t think all Christians or Muslims, Jews or anyone else are hell-bent on making life utterly miserable. Some do, most don’t. Generalism is decidedly unhelpful in the world of adult conversation, particularly when serious topics are being discussed.

We have our own rather ridiculous politicians, many of them leading the country, or attempting to be an opposition, we are all hoping that common sense will prevail – eventually, yet our own prejudices are fed on slime from virtually every angle. Social media provides a forum to air frustration and requires significant self-control to avoid being dragged into argument. There is a very good radio play called “Comment is Free” by James Fritz which addresses the collective problem (well worth a listen).

So as I, and perhaps you, mock Donald Trump – publicly or privately, it occurs to me that one good thing has come from all of this – that topics of importance are being raised and discussed in homes all around the world. So perhaps there is a silver lining after all, though I do feel as though I’m grasping at straws…

As for the impact on your investments whoever wins, sadly the truth is uncomfortable. Nobody knows. Most have an opinion, but nobody knows. However, there is nothing that I have seen or heard to date that offers a credible challenge to the long-term principles of investing.