Do You Need Financial Protection?

A question I’m often asked is do I need financial protection? frankly this is rarely the question… most people are really asking if insurance is worthwhile. Given the scandal of PPI, and a general mistrust of financial services, it is little wonder. Add in the reality that there is a general assumption that such contracts are designed to favour the insurer and the lawyer involved, many question whether the insurers would ever pay out. 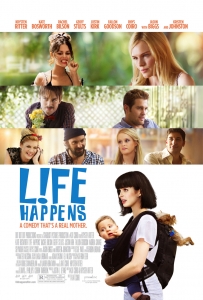 OK, there is little I am going to be able to say to convince anyone that is suspicious about “the system”. All I can do is point you to data about claims paid and also relate my own experience. In all the years I have been advising clients, I have unfortunately had a number of claims. All of them were accepted, only one was not paid out at the full amount (they paid 73% citing non-disclosure of material health matters). We are currently considering whether to contest this or not, I can see both sides of the argument – but obviously represent my client, so will represent his interests.

In essence there are really only three types of financial protection I deal with for individuals. So let’s cover what these are.

1. Life assurance – you die, it pays out. Price is everything, there is pretty much nothing between providers on terms and conditions, however there are a myriad of types of life assurance policy and enormous differences in cost.

2. Critical Illness Cover – this is much more contentious. Terms and conditions are everything, quality is upmost, price is secondary – you pay for what you get. However cost still varies enormously. This cover pays out if you are diagnosed with a serious medical condition – it pays you. The main conditions are cancer, heart attack and stroke….all stuff that most of us would prefer not to think about, but probably know several people (depending on your age) that have experienced this.

3. Income Protection – this  pays your income if you cannot work due to incapacity and an inability to return to work. Generally cover would pay until you are better and can return to work, or until the policy maturity date (invariably your retirement date). It isn’t so contentious, these days a lot of employers provide cover. Certainly terms are important – most basic being does it pay out if you cannot do your job or any job or any job for which you are suitably skilled/able.  Cover is always less than your total income, as this provides an incentive for the claimant to “make a recovery” and also reduces fraud. Cost varies considerably. Generally cover is a percentage of income, up to a maximum and starts typically after 3, 6 or 12 months of “being unwell”… the longer this “deferred” period, the cheaper the cover. This isn’t accurate… but gives you an idea.

Which job would you prefer?

As I say, its not accurate, lots of if’s but’s and maybe’s…. but hopefully I am conveying the concept.

So how much cover do you need?

That depends entirely on your circumstances, the cost of your lifestyle, your age and your level of debt and if you have anyone that is relying on you. It is generally true that the more you need cover, the less you can afford it… think of a young family who have a tight budget…precisely because they have a tight budget they need cover. Some people don’t need any cover (because they have ample resources). In essence they are self-insuring, however some of these people would prefer to pay for insurance so that they pass the risk to the insurer rather than bear it themselves, so using funds for other, more enjoyable purposes.

So you have a load of old policies. You have some cover. Sometimes it isn’t a good idea to change the cover –  the policies where terms and conditions matter generally are weaker and more vague these days than they once were. However some can be reviewed. Don’t forget on the whole your debt should be reducing and you and your family, if you have one are older, less dependent.

Yesterday I attended the FT Financial Adviser Awards – having been nominated for “Protection Adviser of the Year”. I’m pleased to say that it was a podium finish (2nd)… which isn’t bad (the winner is a thoroughly good adviser that I respect – genuine congratulations). Of course I would have preferred to win – but hey, out of 24,000 advisers in the UK… I, like Nico Rosberg need to keep improving. However I don’t really know the exact reason why I came second (unlike F1 there isn’t a final lap chequered flag. I assume it cannot be based on the amount of protection business I arranged over the last year (consider the big networks of advisers or Bank employees), so I presume it is the quality of the advice process, perhaps also because I have always removed commission from protection policies (reducing the cost for clients) which is still unusual and not a regulatory requirement of “adviser charging rules”. Perhaps it was the case study, business model or interview that revealed the quality rather than the quantity of our protection advice. At this stage I don’t know, but what I do know is that if you find yourself in a nightmare scenario – the inability to earn, or life threatening illness or worse – suddenly bereaved, having cover in place that removes financial stress makes all the difference in the world. Because sometimes in life stuff happens that we don’t like.