For some time now, I’ve been complaining about the oversized contribution from investment in China’s recent expansion

[1]. Actually, I’m not the only one. Policymakers are busily crafting the conditions that might bring about a rebalanced economy – one less reliant on exports & investment and more reliant on domestic demand & consumer spending. 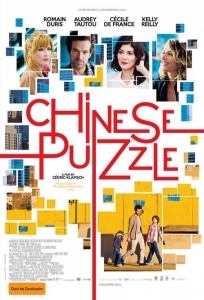 ‘Investment growth in China declined in the third quarter of 2014, and leading indicators point to a further slowdown. The authorities are now expected to put greater weight on reducing vulnerabilities from recent rapid credit and investment growth and hence the forecast assumes less of a policy response to the underlying moderation. Slower growth in China will also have important regional effects, which partly explains the downward revisions to growth in much of emerging Asia.’ WEO January 2015.

Building more and more factories to house more and more machinery manned by more and more workers will get you a long way; China’s economy is not far off 40 times larger than it was in 1978 when Deng Xiaoping succeeded Mao Zedong. But while ultra-high levels of investment are associated with rapid expansion they’re not generally associated with sustained growth. The returns that are associated with an over-reliance on debt-fuelled investment diminish with time (thanks in part to an inevitable inefficient use of capital) while the risks are amplified (owing to overleverage and rising volumes of non-performing loans).

China, I suggest, has a debt problem – today’s Financial Times reports that ‘Chinese corporations are now among the most indebted in the world’ – but with everything else that is going on in the world[2] investors are not yet fully alive to the possibility of a much slower pace of growth. Indeed the huge premium that the market for Chinese A shares (dominated by domestic investors, it has risen in value by over 60% in the last 6 months) has over the market for B shares (dominated by international investors, it has risen in value by a much less thrilling 19% over the same period) suggests that Chinese investors are most hopeful of sustained high growth rates.

So far as I can see, two paths are apparent; China’s rate of growth can slow in orderly form or disorderly form, but it will slow nevertheless.

[1] Post 2008 in particular, where gross fixed capital formation has accounted for around half of the Chinese economy[2] It’s all so exciting; an extraordinary oil price decline, huge gulfs in monetary policy between those in the US and Europe, Syriza’s rise to power in Greece, another full-blown Russian crisis and Japanese policymakers throwing everything, including the kitchen sink, in a spectacular attempt to kick-start their economy