Should I Buy A House?

I recently asked for questions and so I’m going to tackle those that I get. So I’m starting with someone at the very beginning of their financial life asking if they should buy a house.

A house is an asset, it is also a home, but frankly whether you rent or buy, a home is something you create. In Britain, we laud home ownership as a goal to strive for, most of the world doesn’t and most of Europe rent. 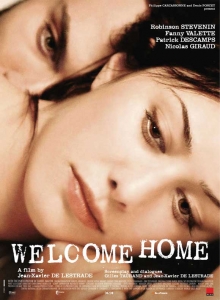 The short answer is that you have control over where you live. If I may make the wild assumption that by the time you retire any mortgage is repaid, this means that you aren’t still paying rent or facing the regular prospect of renewing your rental agreement or moving. You can, within local bureacrat (sorry… I mean Authority) rules do what you like to your own home. You cannot knock through walls, convert a loft if you don’t own the property.

The Upside of Renting

You aren’t tied to a building, you don’t have to pay for upkeep or repairs. You have no mortgage, so no liability.

The Upside of Buying

You are “tied” but could sell – the issue is timing (no buyers?). Having an asset means other finances are easier – Banks think you are a lower risk, because you are a homeowner. Credit (which means debt) is easier to obtain.

Property prices rise and fall, but generally rise over the long term. It is as the TV pundits suggest, all about location, location, location.. which means where do people want to live? If you own the property you could rent (let) it, if you need to live away from it. However, this needs approval if you have a mortgage and you should never misrepresent the truth to a lender, that is asking for trouble.

Buying a home is a long-term commitment right?

Well yes it is… but one could argue that renting is a longer-term committment. Do you intend to rent for life? the cost of renting will also rise over time (with inflation). Renting is generally about afforability, in retirement, this means having a good pension or source of income to pay the rent… for the rest of your life.

Property prices have risen enormously. The real issue is “are properties overpriced?” the honest answer is – of course they are. The entire system is built on vested interests. Lenders need to lend, (Governments need lenders to lend), Estate Agents need to sell, Surveyors need to survey and so on… the prices have been pushed up because homeowners want to make a profit on their home when they sell and move on – to larger or smaller valued homes. The system isn’t particularly good or fair, but it is the one we have today and I dont see much likelihood of it changing.

Most people have to borrow money to buy. That means a long-term loan and one that you need to be able to afford. There are different ways to repay, but you have to repay the loan at some point. However inflation does help. Let me explain.. a property is £250,000, you have a £50,000 deposit and so need to borrow £200,000, which for the sake of example, will be reapid over 25 years. After 5 years how much is the property worth? the same? more? less?… and after 10,15 or 20 years? Well generally proprty will rise, let’s say by an average of 3% a year. Without doing anything to increase the value of the house, after 25 years the property is worth £523,444… the mortgage is repaid (because you agreed to repay it over 25 years). Your equity (what you really own) has increased from 20% to 100% over 25 years…. but if you rent, well you still own “nothing”.

As an exmaple, if you can borrow £200,000 over 25 years at 4% interest, your repayments will be £1,067 a month. Making the huge assumption that rates don’t change (they can rise or fall, or you could fix) then your repayments will be falling in real terms due to inflation. Rent costs will almost certainly be rising, every year… let’s look at a possibility.

Mr Rentit earns the same amount and found a similar property to rent but it only cost him £700 a month to rent. He has the same job and earns £57,500 a year. Mr Rentit isn’t a fool, and he decides to save the £367 a month that his friend Mr Holmes is shelling out each month. He puts this into a tax free ISA which grows at 7% a year (he’s fairly adventurous). At the end of 10 years Mr Rentit’s rent has increased each year… but only by 3% the same as the price houses are rising by. So after 10 years he is paying £1434 a month – double what he started paying. But he has no mortgage, and his ISA is worth £64,259… ten years later he’s paying rent of £1,927 a month (still 22% of his income). His ISA is now worth £192,662 and he has no mortgage. However he’s now a little concerned that rent keeps going up and thinks that his ISA could probably buy a house – just like the one Mr Holme’s has. But that is now worth £451,000 and he only has £192,662. So if he wanted to buy he’d need a mortgage of £258,338.As it is he is facing a lifetime of rising rental costs…. so let’s hope his pension can cope.

To be fair, he had the same £50,000 deposit 20 years ago and it had been in his ISA it would be worth £393,117 and he would still need a mortgage of £57,883 and pretty much level-pegging. He might argue that Mr Holmes had 20 years of upkeep costs and home insurance – that boiler that was replaced.. twice! and so on. Yet Mr Rentit may also be forgetting those letting agent fees, the moving costs and the hassle that he spent trying to register with the local GP/dentist etc eaxh time he moved.

Now, my example is obviously flawed and full of linear assumptions about inflation and the largest being a 4% difference in ISA outperformance of inflation/property prices. None of this will become reality. We could make the numbers prove one case or another (with the wrong assumptions). The issue is one of having an asset or not.

My experience is that most would not be like Mr Rentit – they wouldn’t save the £367 a month and those that did probably were tempted to raid the pot, so would have less. Most investors panic in market crisis, so probably wouldn’t get a market return unless they had a decent adviser… Most homeowners do improve their home, making it more valuable – but there are certainly upkeep costs.

The short answer is really – few people are “better off” by renting. In 40 years time (perhaps at or in retirement) Mr Holmes would still be having to pay rent of £3,480 a month…which means his pension would need to be able to provide this, Mr Holmes would not. So part of the answer is about discipline… and Mr Holmes, being a client, would have saved more of his income despite his mortgage costs, we would have advised him to high-speed repay his mortgage, freeing up income later to squirrel away… but that’s another story.