If you have followed me for any reasonable time, you will have gathered that I am fairly suspicious about surveys and opinion polls, primarily due to the very small sample sizes and the eagerness to extrapolate data from, well, frankly not very much.

That said, yet another survey has revealed more of the problems that, if correct, are concerning for the country. Paymentsense (a card payment service) clearly have an insight into how people spend money. They surveyed 1000 people last month (July 2017) of all ages, whether this is a truly representative sample… well, it won’t be. However, the findings are certainly of concern. 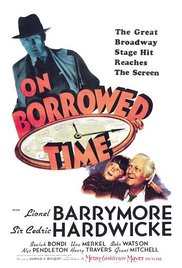 Firstly 30% have no savings at all for a “rainy day”. Of those that had savings 21% used them for a holiday and only 17% put savings towards their retirement. Here is where I also have an issue with the line of questioning (which is unclear from what I have seen) but this could have been interpreted as using cash deposits to add to a pension (into which they may already be saving). Some people may of course be already retired and have no purpose in “saving for retirement”. In any event, a pension would be what springs to mind when asked about saving for retirement, but of course there are a huge number of ways to invest into something which will ultimately provide an income and/or capital.

However, the headline grabbing figure is really the extrapolation of the data. This leads to the conclusion that some 45.5m people have less than one month’s salary set aside in “savings”. The population is now an estimated 65.6m, which obviously includes children, pensioners and anyone simply unable to work and “earn” income. The current “unemployment” rate is 4.4% (for 16-64 year-olds). In short, a significant economic blip would be likely to cause significant hardship for a lot of people if they lost their income for whatever reason.

If you like short animated films, then Borrowed Time is a delightful one and a powerful message. Here is the trailer (almost as long as the film).