There is no Downton Abbey Christmas special, but if you enjoy a period drama vaguely based on events then Boxing Day offers up A Very British Scandal. Obviously, I have not seen the production, it has some top-drawer stars and is likely to be a hit for the BBC. So what has a period drama got to do with your financial planning? Well, it’s a story that has some useful messages. If I were a betting man (I’m not) I imagine that the focus will be on sex and power with a nod to things that have changed and some that have not.

I’m curious to learn if we ever witness the end of the story, or more accurately the end of Margaret Campbell, Duchess of Argyll who died in 1993 at the age of 80 and buried not many miles away in Brookwood Cemetery, Surrey. She would have been 109 this month! 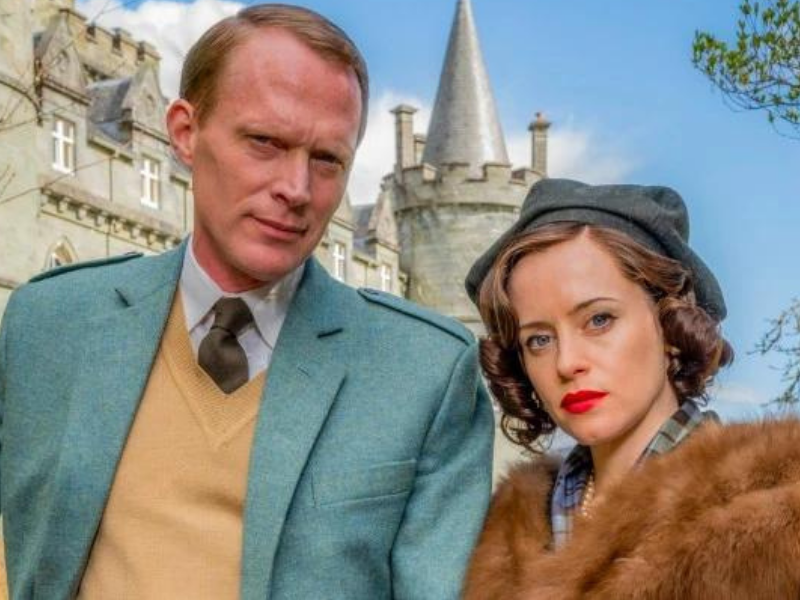 However the story is retold by Sarah Phelps, it would be fair to say that the Duchess was a very wealthy individual, one whose life was full of high society life and celebrity. She was born to Scottish millionaire George Wigham who was Chairman of Celanese Corporation, still listed on the NYSE and possibly held in your portfolio (a tiny fraction). Her first marriage at the age of twenty was to American Investment Banker Charles Sweeny (23) whose family had a home locally in Wimbledon. Sweeny later went on to form the Eagle Squadrons of American pilots volunteering to fight in the RAF. It is alleged that the wedding dress designed by Streatham born Norman Hartnell caused such a stir in Knightsbridge that the traffic of the day was gridlocked for 3 hours. The couple divorced in 1947.

Her second and last marriage in 1951, aged 38 was to twice divorced Ian Douglas Campbell, the 10th Duke of Argyll and 9 years her senior (casting improved its actor age gap to 13 years).  Suspicious of her infidelity the story unfolds in a scandalous divorce in 1963.

It will be interesting to see how the story is retold given its previous framing by men in power, many of whom it is alleged knew the Duchess very intimately. A decade or so later her memoirs “Forget Not” were published. Quite what happened thereafter is significant as the Duchess mismanaged her investments and finances (or someone did) and in 1978 at the age of 65 she had to sell her Mayfair home and elected to move into a suite at the Grosvenor House Suites. Unable to pay her bills, aged 78 she was evicted in 1990.

Whatever one’s view of the Duchess and the blatant hypocrisy of various powerful men, there are obvious lessons about choices and financial management that need to be remembered. Appearance is often not reality. How people say they live and how they actually live are often rather different. This is a familiar story, as old as storytelling itself. Your financial plan needs to be robust enough for changes in your circumstances, but a great financial plan has considered and will continue to address the issue of an affordable lifestyle.

Claire Foy and Paul Bettany star in the BBC’s “A Very British Scandal” a 3-part drama starting on Boxing Day 2021 at 9pm. It will be shown on consecutive nights, but all three as a “box set” are also available via the BBC i-player from 9pm on Boxing Day. Here is the official BBC trailer.