The End is Nigh

We’ve all seen some rather sad looking types, clutching signs declaring that the end is nigh, if not on a high street somewhere, perhaps within a film.  Occasionally I ponder what makes anyone do this, but most of the time, I dismiss it as a form of madness and delusion. Yet, I suppose there is a sense that the end is always here. Something or someone is always at the point of extinction. Death is very much a part of life, albeit an often unacknowledged one.

In commercial terms, innovation is the lifeblood of a thriving business, of course I really mean the right type of innovation. Kodak and Polaroid were innovative, but not in the right places. Similarly the F1 racing teams are all innovative, but two have failed to complete the season due to financial woes and being unable to remain solvent. The world moves on. 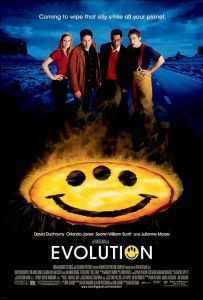 So it was with a degree of mirth that I came across a new advert about the extinction of the Independent Financial Adviser. I can take a joke (I hope) and am not criticising Beagle Street for their advert, but as with most things, getting some facts right invariably helps. For starters, pretty much anything that helps the UK public to look after themselves financially is a good thing and certainly life assurance is a financial product. Cost is often the main criteria for term assurance, but there are also questions about Trusts and how the cover is set up… knowing a little can sometimes be more dangerous than knowing nothing. Sadly, the content of the Beagle Street advert suggests that they neither understand the market or those within it, which does rather patronise the audience. Admittedly there are some valid points – jargon,  bureaucracy, complexity and waste… though much of this was (and still is) due to regulation (designed to protect) and Government – designed to… well… distract.

Beagle Street are right in asserting that the days of advisers arranging life assurance as they used to are over, but then those that arrange products have had their days numbered for many years. The adviser that they seem to describe is someone from a bygone age and probably is more representative of “the  man from the Pru” who used to turn up on your doorstep to collect a few pennies for a savings plan. That was way before my time (1991). In a world that has shifted from “Buyer Beware” to “Seller Beware” (Dan Pink – To Sell Is Human) anyone simply selling “Product A” is unlikely to be successful, even comparing A with B and thinking others cannot do that for themselves is definitely looking at a short career. Advisers are at the hub of the money relationship, providing contextualised, accurate, professional, independent advice – and paid for doing so. Admittedly I tend to only attend events with high calibre advisers, most of whom would call themselves planners – so my experience is possibly not entirely representative of all 20,000 advisers. Anyway, news of my death has been exaggerated…

Oh and for the record, Beagle Street are not independent, they are a representative of an insurance company. So for all the talk of evolution, they haven’t even evolved as much as those adorable meerkats… also what is the current obsession with things that look like “monsters” or “gremlins” in TV adverts these days… have the Ad Agencies really got so few ideas?