Most of us partake in a little retail therapy from time to time, however fleeting, there is an undeniable “feel good factor” for most people. Perhaps it might be a car, the new i-phone or a new dress… whatever you buy for yourself, most of us probably will not find that the item increases in value purely because we owned, used, borrowed or wore it. Historical artefacts and increasingly the everyday items used by well-known figures are very much collectors’ items. The National Trust have recently launched a £7.1m appeal (click here) to acquire Winston Churchill’s various “items of national importance”. As you may imagine, there is considerable debate over the use of the money, after all what real national interest is being served by purchasing his hairbrush (“simply irreplaceable”) or House of Commons Birthday Book. I’m not so convinced… are you? 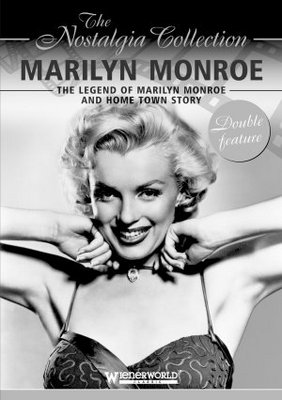 Happy birthday to you…

It is not simply these more historical figures that get buyers and collectors into something of a frenzy, as you will probably be aware, the cult of celebrity also has a spin off “once worn by” market. In November the dress worn by the marvellous Marilyn Monroe as she sang “Happy Birthday” in 1962 to JFK is up for sale again. It was last sold for $1.26million and experts are expecting this figure to be doubled on 17 November.  So if you have a few million dollars and want to feel like it (wearing the dress?) then don’t miss the auction in Los Angles. If you simply wish to see it in person, its being shown in Ireland at Newbridge Silverware, (about 30 minutes from Dublin) where you can see this and many other outfits worn by celebrities.

The pensions industry is always awash with rumour. Today, we returned to the tried and tested rumour of higher rate tax relief being scrapped or reduced on pension contributions. This obviously would mean that the Government will save tax by not providing the relief (quick example – £10,000 investment = £8,000 cost to basic rate taxpayer, £2,000 paid by the HMRC automatically. Higher rate taxpayers reclaim another 20% (£2,000 in this instance) via self-assessment tax returns). So of course there is an obvious “saving”. However this is the social politics of envy and nothing more. Pension contributions have already been restricted to £50,000 per tax year and the Lifetime Allowance has been reduced to £1.5m. Today’s gossip (and that is all it is) suggests that Mr Osborne will be tempted to cut the annual allowance from £50,000 to £40,000 or even £30,000. Alternatively he may simply ban higher rate tax relief.

I’m known for being fairly suspicious of my “industry” and given that there will be a ban on commission at the end of the year, I cannot help but think that hurrying higher rate taxpayers to make large lump sum payments into pensions, earning some advisers a large commission, may not be a timing coincidence.

Pensions have little going for them

Pensions have very little going for them other than tax relief. Automatic Enrolment (AE) has begun for large firms and will eventually mean that everyone is pretty much forced to save into a pension. It seems very odd that we know that Britain does not save enough, yet we constantly elect politicians that lack the courage or wisdom to do anything about our longer-term problems, which I believe will make the cuts, spending reviews and credit crunch look like a time of bounty unless people start taking their own finances seriously.

Taxing our way to the death

Yesterday I attended an excellent talk entitled “Debt, austerity and growth – where’s the money?” and the analogy was made that attempting to increase taxes whilst stimulating growth doesn’t work. The Winston Churchill quote was cited:

“We contend that for a nation to tax itself into prosperity is like a man standing in a bucket and trying to lift himself up by the handle”. Sir Winston Churchill (1874-1965)

As I have said before a fair tax is a single rate of tax that everyone pays. It should not be tiered, it should not differ depending on income or the source of income. Fairness is the same treatment. Unfortunately our politicians and most of the media and public seem to confuse this with wealth reallocation.