We all make mistakes

We all make mistakes

We all make mistakes. One of my recent blunders involved failing to pay proper attention to the warning signs.

I had hired a van to help my one of my daughters move into her new flat. It  was the end of a long day and I was on the way back to the rental company to drop off the van, but needed a lift back home…so I hooked up with my lift and followed.

Unfortunately the person I was following knew the most direct route. As we approached a railway bridge I saw the warning sign “low bridge” but it looked high enough, in fact it looked as though it was aimed at lorries rather than vans. I was also aware of the van height and knew that I could get through.

I had forgotten that for some reason, this van had roof bars… there was a loud bang and clatter as the aforementioned roof rails were held stationary, whilst the hapless driver (me) and rest of the van continued forwards. An alarmed glance in the mirrors confirmed what I knew – the roof rails were now lying in the road. 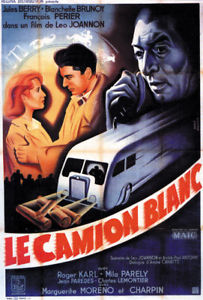 How high or how low?

I was relieved that they had not hit anyone or the car behind me and thankfully the “damage” to the van was minor…. Somewhat sheepishly I pulled over, gathered up the stricken rails, checked with the driver behind and apologised for my stupidity. A labourer who had heard the clatter peered over and shouted “that’s the third one today!”… presumably to reassure me that I was just one of several muppets that day.

I was cross with myself for forgetting about the roof rails, or rather not being cautious enough. As I pulled into the rental company forecourt, I reflected on what a daft thing I had just done. As I handed in the keys I told the attendant what had happened and we went to inspect the damage more closely. Nothing major… but as they had a security deposit they would take the repair cost out of that. “I wouldn’t have noticed” he told me… “You could have got away with it!”. That may have been true, but I was at fault and the damage would cost his small local business something to repair, I’m well aware that running a business can be tough and when your customers aren’t honest it makes life unnecessarily harder. In any event, if I don’t have my integrity what do I have?

My lift home was very apologetic, thinking that it was their fault for going under the bridge. In my youth I would probably have had the same sentiment, but the little wisdom I have picked up is that I’m responsible for my own choices, to follow was my choice.

Assumptions can be dangerous – as can failing to take proper note of warning signs.