As I listened to the news of the murders at Charlie Hebdo I cried. Battling with writers block at the time I was forced to confront the very free and ephemeral nature of my struggle and that my fear was solely for my own lack of productivity rather than persecution for the outcome of my labour. Anyone who puts their creativity ‘out there’ from blogging to fine art runs the risk of ridicule or dislike alongside the possibility of appreciation. Tracey Emins 1998 ‘My bed’ seems to evoke particular vitriol. Perhaps the gamut of responses is to be more expected in the world of social media where anonymity can afford  for speedy and unconstricted ideas to find a mass audience in seconds, but to once again know that people had in the 21st century lost their lives for expressing themselves, their politics, art and ideas was a confronting reality. As a therapist who writes it was particularly poignant to hear that one of those who lost their life was the psychoanalyst and columnist Elsa Cayat. 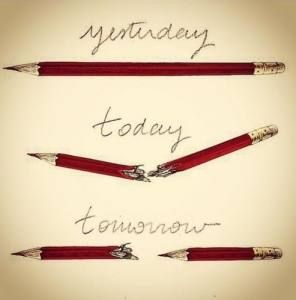 As someone with strong connections to North Africa I am aware of the polarisation that is often underlined in moments like this, and the inevitable backlash against Islam from those who fail to see the actions of extremists as distinct and non-representative. We can only hope that the long-term legacy of this tragedy can be a reassertion of freedom not reductionist constraint.

In extremis and trauma the casualty is always the capacity to think, to play and explore. The brittle and defensive often compels us to more primitive ways of being; survival, fight, flight, or freeze. In the words of Malala Yousafzai to the UN General Assembly in 2013 “We realise the importance of light when we see darkness. We realise the importance of our voice when we are silenced”. Her response to a regime that sought to exterminate her both as individual and symbol tells us that it is precisely in these moments of oppression and terror that we need freedom of speech, art and creativity, something of ambiguity that leaves us with questions and a sense of not knowing. This is the opposite of traumatic shock. In our transaction with art and literature we are free to choose to look and engage or look away. Around the world there are those losing their lives for that which many of us take for granted. I hope that we can honour their courage by fighting to maintain the place for equality of expression and difference in the written, spoken and visual, even if it makes us uncomfortable.