When I ask most people when they wish to retire, they tend to say “65” some say earlier than that, but certainly most say 65. So whatever one thinks of the recent election in the United States, it is worth remembering that clearly the a new top job posed no obvious concerns for either Hilary Clinton (69) and Donald Trump (70) the latter will now replace Ronald Reagan as the oldest US President elected (who was 69 in 1981 at the time). Mr Obama, for the record turned 55 in August and so would only just have qualified for the new pension freedoms here in the UK.

The unease about Mr Trump is largely due to the rather reckless and aggressive things he said as a candidate. Naturally many of these have been taken at face value and it is hard to see how he would make a worthy world leader given his apparent lack of self-control and overly inflated ego. Indeed his understanding of “hate” and “harassment” must surely be out of whack. His own words before and since the election delivered in a tone precisely the opposite to that of the actors at a New York theatre, who respectfully offered their legitimate concerns to Mr Pence, yet he took this as an affront and has repeatedly demanded an apology, something that he has not offered himself to anyone for any of his rants. However, sadly, he will be the 45th President, assuming the 70-year-old can live with the stress and legal challenges until January. He is arguably one of the least suitable people to be President, but of course history reveals a lengthy list of similar psychopathic leaders. 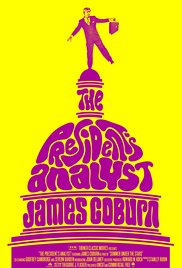 Mr Trump has estimated wealth of over $3bn yet seems to have persuaded the majority of key voters that he is anti-establishment. Yet this is a man who has only once elected finally settled a fraud case about his “University” – essentially proving that justice in America is for those with cash and who can make problems disappear. If ever there was an example of the 1% “elite” getting their way and deluding the masses, this must surely be it. Perhaps the Hamilton thing was simply his way of trying to distract people from yet another example of his utter hypocrisy.

Talking of delusional, many of his voters were conservative evangelical Christians (some not all), who by any measure must fall foul of straining a gnat to swallow a camel, turning considerably more cheek and “blind eye”, perhaps due to some sense that he represents “family values” (ironic given his background) but by which is meant… there’s one way to do this thing called life.

A Deep Sense of Inadequacy

His credentials in business are somewhat questionable, having made a fortune and lost one, with six of his businesses declared bankrupt (Chapter 11) between 1991 and 2009, all of which came about from over-borrowing. He invariably claims that business isn’t personal, though excels at telling anyone how personally talented he is. In essence Mr Trump already had a fortune and then borrowed money as a landlord to make a larger one. His high-rise Trump Tower buildings presumably provide any psychotherapist with ample material.

Naturally, I do not know Mr Trump personally, so I am not in a strong position to assess the information we have about him any differently from anyone else. He does not appear to be a man able to remain calm in a crisis, indeed he merely stirs and promotes phobias of those who seem to need little prompting, perhaps due to ignorance or genuinely miserable lives that need to blame anyone and anything that’s different… and I am, like others, concerned that his election “normalizes” extreme views of a very unpleasant nature.

It’s possible that he might be a decisive President and able to get things through both Congress and the Senate, now that they are “rigged” in his favour, much as they have clearly been working against the interests of Mr Obama.  His stated aims are alarming, he has surrounded himself with people who appear to also struggle with inflated egos and at this stage it is hard to see who will provide the wise counsel that he will certainly need.

Of course, quite why people voted as they did, for something different or just someone they thought was tough on TV I shall leave to the pundits to decipher. We will calmly review investments in light of information as it materializes.