Its all change at Skandia – soon to be renamed Old Mutual Wealth. On Friday they (OMW) took action which is rather unusual. Funds (INVESCO High Income and INVESCO Income) that had been previously run by one of the most successful fund managers (Neil Woodford) were closed. This follows the exit by Neil Woodford from INVESCO Perpetual who then formed his own investment company (Woodford)… genius name right? Anyhow, Skandia have argued that a lot of investors and advisers are following him getting out of his old funds at INVESCO and moving to his new ones….well his new one (Woodford Equity Income Fund). This is undeniably true. There are costs involved in running the new funds (naturally) and keeping the old ones running (also… naturally). What is exposed in practice is the lack of extra juice squeezed from the annual management charge from INVESCO by Skandia. 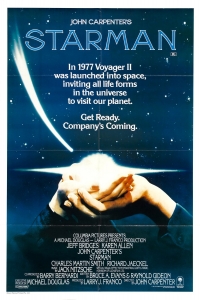 The CEO of Old Mutual Wealth (Paul Feeney) believes that they “have been between a rock and a hard place with regards to how we manage Neil Woodford’s resignation from these funds and the demand we have seen to move investors into his new offering. We have discretion over these assets being in our life book and therefore have a fiduciary duty to do what we believe is the right thing”. He goes on to state “Whilst theoretically we could have kept the funds open, the demand we have seen from advisers for Woodford would have resulted in even greater redemptions from the INVESCO Perpetual funds. This would have resulted in the TER of the funds increasing and ultimately the Skandia funds becoming untenable”.

(TER is the Total Expense Ratio…or charges in plain English).

Well, the wisdom of this action will only be seen in hindsight (not a great comfort) and my main objection is the lack of notice. Those that have been happily using the INVESCO Funds concerned (not all INVESCO funds) are being forced to change. This does rather create the impression of selling at a low point and perhaps buying at a high point. The truth is we won’t know until much later. However, what it does expose once again is the problem with “Star Managers” who are a rarity. The only UK Fund Manager more well-known is probably Anthony Bolton, who ran the Fidelity Special Situations Fund very successfully for many years then retired, only to find retirement somewhat unsatisfactory, (I presume) so launched a Chinese fund… which has, not met with the same success. Unlike Mr Bolton, Neil Woodford is sticking with what he knows and can avoid blaming the Chinese for their lack of corporate governance*. This all stems from the belief that investment out-performance is repeatable and sustainable. I don’t subscribe to such a belief when it comes to the long-term (which is the only worthwhile measure of “repeatable” or “sustainable”).

In practice this has exposed the problem of chasing the curve, hoping that because of the past, the future will yield similar results. It is pretty difficult to dissuade most investors from this sort of “top of the pops” behaviour given the tide of marketing and “evidence” of out-performance (by which I mean rather meaningless charts, designed to show certain events in their best possible light).

Is this the best way to invest? Yes if you are in first and out first…but to do that requires courage, conviction and perhaps some inside knowledge, most lack the first two sufficiently and the last is illegal. For those impacted by this move, we will be in touch (as will Skandia… sorry I mean Old Mutual Wealth).

Out with the old, in with the… Old?

Well, the day has finally come. Skandia is being consigned to ancient history. Not precisely true, the parent company Old Mutual are rebranding Skandia from the end of this month as Old Mutual Wealth. As of 22nd September all references to Skandia will cease. So as with the multitude of “rebranding” of insurance companies in the past, will this one be any different? (other than a very good day for the printer). Skandia, er.. sorry Old Mutual are adamant that this is much more than a new coat of paint and a rebrand. They believe that this marks a new start and more innovation and giving customers what they want.

Skandia have certainly been a highly innovative company. Market leaders in the world of multifund offerings, enabling IFAs to offer a broad range of funds and the ability to construct some really good portfolios for clients. In fact few could really touch them, Fund Managers beat a path to their door simply to get onto the list as the first and largest fund supermarket in the UK. Times have changed and from an outside observers perspective the key changes seem to be – technology, regulation, competition and a change of parent. It remains to be seen precisely how Old Mutual Wealth will fare, but certainly the future will be far more competitive and require considerable foresight and innovation to keep pace, let alone lead the platform market, which is now rapidly becoming a crowded place.

If you have any Skandia arrangements, you will be getting a letter from them explaining the changes and the new branding very shortly.

Skandia Life are increasing charges on several of their older policies. Skandia call this the monthly maintenance charge, most call it a monthly policy fee. As inflation appears to be falling, it is a little surprising that Skandia have decided to generally increase their charge by over 5% in most instances. However be advised that these charges apply to pretty old style policies. If you have one of these old style policies, you will be contacted by letter from 22nd October. Skandia have historically only worked with independent financial advisers, so the policies listed below are those that you would have taken out through an IFA at some point in the last 20 years or so.