AMELIE – LIFE IN A SNAP

AMELIE -LIFE IN A SNAP

I wonder if you were charmed by the Audrey Tautou in the 2001 movie “Amelie”. A charming and original love story. The story was reconstructed as a musical and had a run on Broadway in 2017, it has now arrived and touring Britain and is playing at Wimbledon where I saw it play to a full house the other evening. By the time, you read this it will have moved on with its tour (details here).

It was an enjoyable evening, the warmth and joy of the original film were very much present and also offering some creative originality of its own within the stage format. In its current form, it lacks any big numbers, you probably would struggle to recall any of the tunes within a few hours. Some of the higher notes left me wincing as the discord of the storyline was reflected in the music. The performances were all strong and make a great opportunity for actors that are also musicians, or vice versa. 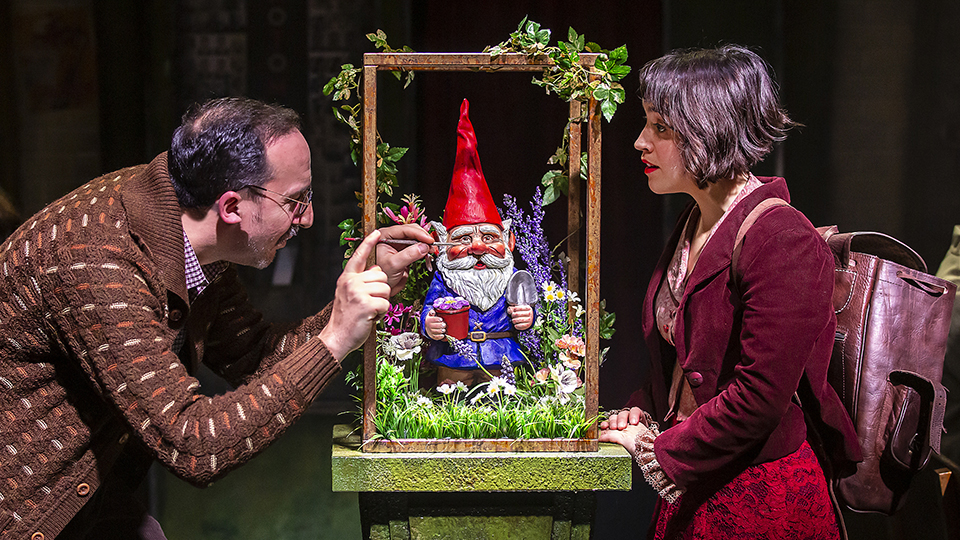 Life in a box

So, to the financial planning angle. Amelie’s world view is interrupted by the discovery of a small tin box which is full of a childhood collection of mementos. These have been carefully hidden for years and she makes it her mission to return these to the owner. The impact of reuniting the two and the insight attained provide the motivation for her to engage more within the lives of those around her. She finds charming ways to reimagine or even re-see what is before her. There is a segment where she takes the hand of a blind man and leads him along the streets of Paris, describing the sights before them.

Financial planning can sometimes be a little like this. In the process of planning well for the future, we need to be able to discuss and visualise it to some extent. Your future, like mine and everyone else’s is not written yet, you have some degree of choice about how it looks. You bring your baggage from the past and this will shape your outlook for the future. Amelie reminds us not to judge, to see people not as the sum of their frustrations, anxieties and losses but as essentially good dreamers that have lost touch with some or all of their hope about the future.

The risk of living

We are all made differently and want for different things. I have yet to meet anyone that does not want to retain their dignity and independence. We know that when life is compressed to a footnote, the memory is that of relationships – how we lived, not what we earned, bought or when or where we lived. Amelie’s world view enables her to see things differently, to bring the joy to the mundane and to nudge people out of the fog of their own phobias, anxieties and pain. Of course, she is merely doing what she knows she needs for herself and has to face the same risks as everyone else.

Financial planning is little more than taking action to afford the lifestyle you want to have. This may be “big or small”. Importantly it is defined by you. We have been talking this through within our marketing meetings and felt we needed to help a little with this process. We have begun to work on ideas for a “bucket list” and will develop this idea further. In truth, it is likely to contain few genuinely original ideas, but it may hopefully act as a reminder to each of us that time doesn’t wait. If you have any suggestions for the bucket list please get in touch.

Sorry, I could not resist adding the trailer for the film…

Wrong Place at the Wrong Time

Wrong Place at the Wrong Time

A timely new (2010) musical “Scottsboro Boys” has returned to London, currently playing at The Garrick off Leicester Square. It is the story of 9 black men… well youths really, aged 13-19. Who were in the wrong place (Alabama) at the wrong time (25 March 1931). You may know the story, which is also reminiscent of the Harper Lee novel “To Kill a Mocking Bird”.  I didn’t know this particular story, but sadly it is all too familiar… a lynching and swift carriage of gross injustice. It is a depressing tale about stupidity, bigotry and racism in a world that one would hope was consigned to history, but is clearly alive and fuelled by the same misplaced and misinformed fears.

As you might imagine, its a provocative piece, which has some interesting ideas. T 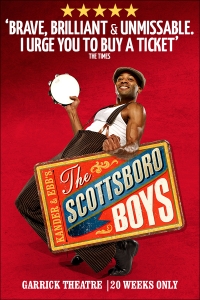 he juxtaposition of black men playing white men (and women) in a parody of Minstrel Shows, further revealing how misguided and disrespectful such things were/are and culminating in a particularly disturbing “blacked up” segment. The creators draw on ideas from Cabaret and Chicago, using song and dance harmonies to hide but reveal the discord. A criticism I would have is that the show isn’t very energetic, rather “sedate” but then perhaps this is quite deliberate, given the restrictions of prison and a hot box… and the final scene of powerful protest.

The Truth Will Set You Free

This is not a hopeful story, in fact it wasn’t until 2013 that the Governor of Alabama, Robert Bentley signed the Scottsboro Boys Act, which exonerated all nine of them. Today America, the “land of the free” is still a tinderbox with unresolved racial issues and it is little wonder that so many are concerned about what seems to be systemic racism, where it would still appear that white lives are worth more than black lives. Whilst it is now nearly 84 years since the original incident, I am left to reflect on a phrase that I use daily – tempus fugit. Time flies… well, whilst it certainly seems to, I guess in practice, it will be a matter of perspective. Whilst I enjoy freedom, without too much genuine concern that it could be curtailed, for those that live with daily prejudice and injustice, I doubt that time moves quickly at all… and if the current state of global politics is anything to measure, it would seem that attitudes certainly do not change quickly. A lifetime of injustice must make time “feel” rather different. A museum, which often acts like a time travelling device, is a reminder of the past, to their credit Alabama have opened a museum to this history. The hope that I take from this is that it takes a brave community to be honest about its past…as it does for us all. Truth is something that I uphold as a virtue and something I bring to my work with clients, but perhaps the greater truth is that truth sometimes takes a very long time to be exposed, sometimes too long is far too late and may not, in fact set you free.

Scottsboro Boys runs until 21 February 2015 at The Garrick, London.