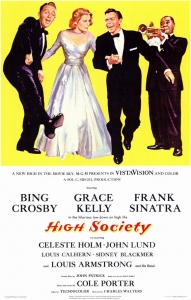 Do you want to live the high life? It may seem like a daft question, particularly from a financial planner, but perhaps it is worth pondering a little longer. Most people’s instinctive reaction is to have more, not less. However in Britain we have an uneasy relationship with wealth. On the one hand we often celebrate the underdog and their success, yet quickly turn to mock error and flaw. I’m generalising of course and not speaking for everyone, perhaps anyone…(other than the British media) but I think that there is a phenomena within British media that quickly moves from praise to envy to criticism.

Any assessment of those that have significant fame and fortune will quickly reveal some common threads – feelings of isolation, mistrust and increased anxiety. The greater the wealth, the higher the gates. This isn’t particularly unique to Britain, as the story itself reveals.

We now have a new Government, which about 1 in 3 people voted for. I have clients with a wide range of views and am not about to make the mistake of upsetting anyone (I hope). We live in a democracy, an imperfect one, but a democracy never-the-less. It is tempting to reduce political ideology to a few descriptive words or even a single word. Compassion is one that has been mentioned of late. 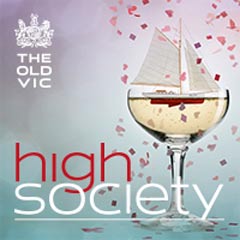 So it is timely that an old musical returns to London at The Old Vic – High Society.  You will recall the lead character (Tracy Lord) played in the 1956 film by Grace Kelly, is about to marry a man she doesn’t really love, she lost her true love (Dexter) and previous husband to alcoholism. Now reformed, he returns on the eve of his ex-wife’s marriage and we witness the warm charms, joys and dysfuntion of the Lord family and its desire to protect its own reputation (understandably) from the prying eyes of Mike Connor and Liz Imbrie who are reluctant undercover reporters caught in jobs to earn a living rather than following their passions of writing and photography. One might say that a lack of passion is the missing ingredient that all seek to fill through other means, yet it is a lack of compassion that prevents understanding one another, or indeed self. A sobering thought and one posed to Tracy.

The revised musical now resides at The Old Vic. Tickets are hard to come by which merely confirms the experience of some memorable melodies from Cole Porter and some very energetic, amazingly precise choreography and direction under the eye of Maria Friedman. The theatre is now in the round and Tom Pye makes quite brilliant use of a very small space with an impressive set. There are some remarkable performances, notably from Barbara Flynn, newcomer Ellie Bamber, Jamie Parker and Annabel Scholey.  It is difficult for anyone to follow roles established by Frank Sinatra, Bing Crosby (Rupert Young) and Grace Kelly (Kate Fleetwood) which I imagine is an unenviable task for actors. Watch out too for Joe Stilgoe, clearly a “chip off the old block” in a role that will remind audiences of the great Richard Stilgoe, his father.

Time to Dazzle and Reflect

The show runs until 22nd August and watch out for a couple of dates, when audience are being encouraged to dress up appropriately (wedding attire I assume  – though hats aren’t great in an auditorium). Being “in the round”, this enables some of the audience to be pretty “up close and personal” at the stage edge and whilst you may find yourself singing along to “Who wants to be a Millionaire” and “You’re Sensational” enjoying a thorougly entertaining evening,  perhaps deeper reflections on the trappings of wealth without compassion may begin to stir.