On a lighter note, Chelsea were top of the Premier League, Jenson Button had been F1 World Champion for 2 months. The year ended and 2010 began with the worst snowfall since 1982.  The iphone 3GS was 6 months old, the ipad hadn’t even been launched.

Looking back, 2010 started nursing the pains of the credit crunch

Most (almost all) financial advisers all worked on a commission, the regulator (FSA) and its Chief Executive were still fending off criticism about mishandling the credit crunch, whilst working to implement new standards for advisers, which wouldn’t be implemented for another 3 years. Solomons had been removing commission since formation in 1999. A decade of commission removed already!

Technology has evolved. Advisers have evolved (as has the regulation). Tax rates and allowances have changed, pensions have been mauled. We have lived with base rates of less than 1% for a decade (all that wasted money in Cash ISAs!).

“Lessons will be learned” (more likely: mistakes will be repeated)

The top Unit Trust returned 684% over the decade (ending 2009) it happened to be a fund investing in gold. At the start of the relevant time period, the then UK Chancellor was at the beginning of Government policy (1999-2002) to sell off UK Gold reserves like they were a bad disease, the price of gold was rock bottom at the time. However, the worst fund returned (lost) -72%! That’s a huge difference, and of course only something most didn’t achieve, for few investors had the stomach for gold when tech was the best game in town. In fact, it was the Framlington NetNet fund that was launched in 1999, a fund that was marketed to capture the returns of the internet. Within a few weeks of the start of 2000, the dotcom bubble burst. The fund was renamed and rejuvenated which ended the decade at a loss of -72%. Most investors (and Governments) did the exact opposite of what they should have done. Lesson learned? Of course not.

Planning is Art and Science

Technology is often fantastic; I use tools that I wish I had in the early days. The 2020s will only see more become available and hopefully more efficient ways to do things. Technology is simply a tool, not a replacement. It doesn’t cope well with real life and the changes that can be very sudden. So, advice should always be grounded in the real world, but more importantly with your real goals and real values. That’s where the art comes in and here is some from Carl Richards of the Behavior Gap (American!) 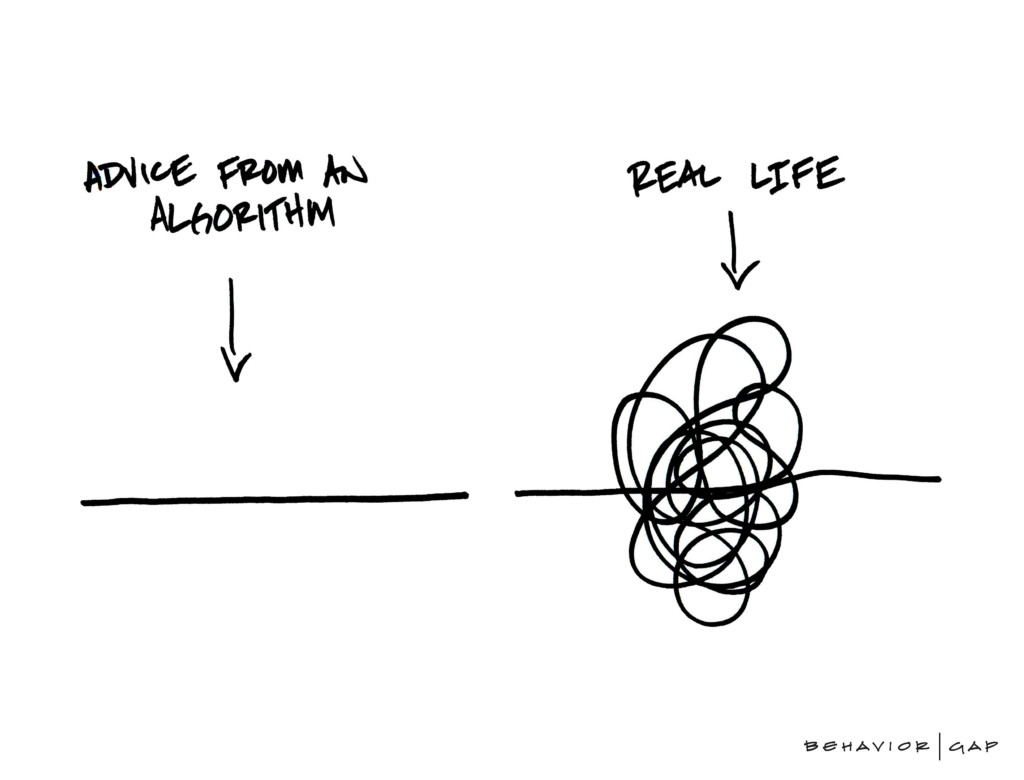