Being Open – The Honesty Box

Being Open – The Honesty Box

Perhaps you are a keen golfer? there are many pearls of wisdom that golf offers up as general advice for life. The Open finally finished yesterday, having been delayed by poor weather, something that I’m sure the English cricket team wished for.

Anyway it reminded me of a family holiday many years ago, which included playing at St Andrews and Gleneagles. My folks took my brothers and I to Perthshire to feed our growing interest in golf –  mine has since faded into irrelevance over the years, although both brothers continue to play.

Scotland is full of lots of small beautiful courses, at the time “juniors” weren’t terribly welcome at English clubs, whereas the Scots seemed to positively encourage them. One of the things that struck me was the “honesty box”. I don’t know if they still exist, but back then, this acted as a place to make your payment for your green fees (the cost of playing a round of golf). I was impressed by the sense of trust and goodwill that this created and the impression stayed with me. 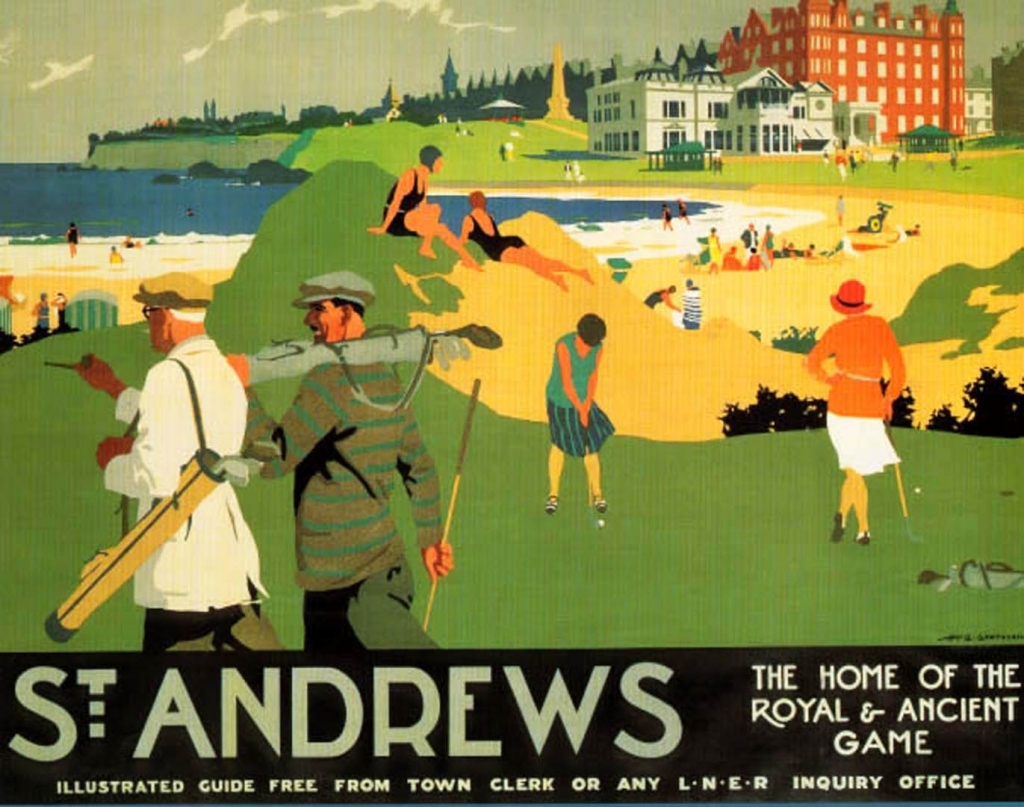 Marketing, Spam and Other Ills

As a small business, we have an advantage that we can adapt quickly. I have been working hard on many aspects of the business, one of them being the marketing. I’m of the opinion that this blog serves to provide relevant information, in a format that is hopefully engaging, enlightening and on occasion personally revealing. Ultimately I figure I want to work with people who I like and who like me enough to meet regularly and trust me with their life savings…. So it makes sense to me that this blog should give you a bit more insight into who I am, some of my values and what sort of person I am, rather than just glossy marketing.

It is possible that a round of golf could achieve the same thing, (but I know that golf isnt everyone’s cup of tea…). It has been said that much can be learned about someone over a game lasting 4-5 hours, that is partly competitive, but largely about competing with yourself… exposing strengths and weaknesses, but importantly, whether someone plays by the rules (and spirit) of the game.

Fore: What We Are Doing…

So in the interests of honest feedback we will be providing short weekly emails, providing useful information (I hope) to our clients (and those that are interested in what we do). I’m looking for your input into our honesty box – feedback that will make this blog more useful and more relevant. Ultimately I’d like to help as many people as I can, our financial planning clients have a highly involved service, but many can also be helped along their way with some useful information.

We won’t spam you, we never sell data to anyone else. However our information isn’t perfect and all databases need a regular clean up to ensure that the right people get the right information. So I will apologise in advance if we send now send you something that you don’t want. We have provided an opt-out (and it works). I guess that this is where you have to decide what you do about the honesty box… there’s no payment, but I’d certainly value feedback and help with getting the message out there, by sharing things you find helpful.

James Anderson recently became England’s most successful bowler as he took his as he took his 384th wicket, that belonging to Denesh Ramdin and overtaking Ian Botham in the process. This is of course an incredible achievement in International cricket – congratulations Mr Anderson. So I was surprised to see an item on the BBC sports website that attempted to work out who really was/is the best bowler England have ever had.

Sport as you will know has become increasingly dominated by statistics – attempts on target, completed passes, distance run, speed of delivery the list is very long and naturally varies from sport to sport. When winning any sport tournament, many rather dull teams/individuals have argued that its not the manner of the victory, just that there was a victory. I cannot help but think of the time Greece won the 2004 European Football championship (sorry Greece)… or for that matter many Champions League finals, where one team essentially set up camp in their own penalty area hoping to counter attack and steal a victory.

Cricket is not new to adopting statisitical analysis – arguably starting the statistical obsession with John Wisden’s annual almanac started in 1864. So anyone wishing to pour over cricket statistics has had plenty of opportunity to do so. Anyway the BBC asked its pundits to assess England’s top 10 bowlers and ascribe a value to the wicket taken. In short a batsman that averages 50 runs is worth more than one that averages 5. Recompiling the data provides a different twist with Matthew Hoggard topping the list (248 wickets). Whilst this is “all very interesting” sport, like life cannot be metered into a nice, neat formula. There is always a context, which even with a lengthy span of statistical data is flawed. For example – the quality of the opposition is a key ingredient, the prevailing rules, TV replays and so on, let alone the context of the pressure of the moment. Statistics are cold, unrepentent and have no context other than a time period.

Investment returns and the charts that you see plastered on advertising boards or in any media are similarly misleading. Most investors probably know that this is the case, but few behave as if it is. Most investors are tempted to invest once returns are good, most sell when they have been poor, on average chasing returns, receiving below-average market returns at above market cost. Sadly the equivalent best investment “gongs” or awards also measure historic data (there is no other) and the context of this is against peers. Who is the best fund manager? well it rather depends on which sector, what timeframe, what measure of risk is used, and what luck was involved. In short, its an impossible task, yet many play the game and attempt to quantify who is “best”.

In practice, the only investment returns that matter are the ones that you actually get. Cricket, motor racing, football, tennis, golf…are all enjoyable escapes, but again the only best that any sportsman/woman can be is their own best, in the context of their sport, time, team and luck. I have nothing against awards for best this or that, (they can be a lot of fun – especially if you win one or two) but as ever, context is everything. I can only be the best financial planner that I can be, constantly striving to improve and be better than I was last year, last month, last week… and of course our service (like most) is not for everyone, but for those that want and need it… well we try to make it the best possible.