To my mind, one of the great ironies of financial planning is that a litigious culture, historic mis-selling, poor regulation, fearful professional indemnity insurers, better qualified advisers and RDR has meant that the cost of advising anyone has increased. Already this year our regulatory costs have increased by more than 10% (yet inflation is 0%). This will result in the continued rise of DIY investing (do-it-yourself).

I have tended to take the view that most people need to have a budget, a target, a savings habit and only when they have £50,000+ do decisions get complicated enough for me to get involved. Its not always the case, but largely. So it is alarming how poor most people are at investing – and by poor I mean really bad. 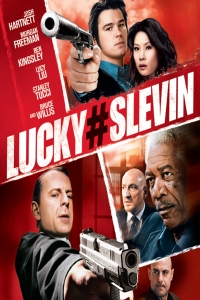 An academic study from 2012 “Just Unlucky?” by Meyer, Stammsschulte, Kaesler, Loos and Hackethal at Goethe University in Frankfurt, into the success or otherwise of online investors (who generally think of themselves as well-informed) concluded that 89% of them lost an average of 7.5% a year. Let me repeat that 89% achieved -7.5% a year! Those that performed better were basically no better, exhibiting the same performance metric as luck. The research is based on German investors.. a nation that is historically characterised as shrewed, efficient, conservative and risk averse.

Why? It would seem a significant element is holding the wrong asset classes and not well diversified globally. There is also a high degree of fear and greed at play, selling at the bottom and buying at the top. I can only imagine that some were following the tips from journalists and media commentators “best buys”. If dealing costs are factored in (and this was DIY investors using online dealing accounts, which presumably they thought were low cost) returns were 1% worse at -8.5% and achieved by 91% of investors.

Part of my job is helping people reduce their mistakes. We cannot be perfect, but we do apply sensible disciplines to remove a lot of errors. We call this advisers alpha – adding returns by good advice. Other research (of American investors) by Dalbar suggests that most investors underperform the market by 4-6% a year. But this latest research suggests it is far worse than that. Yet from next week, the new pension freedoms will mean that more people will take it upon themselves to go DIY with their pension. I don’t imagine that it will be a favourable outcome. This does not bode well for those using “discount” online investments, who eventually become so disenchanted with markets that they try less mainstream investments – which invariably blow up in their face and due to a peculiar twist, advisers such as myself pick up the bill… which to makes the cost of advice higher… and so the cycle repeats.