Lately I have found myself between a rock and a hard place when advising my medical clients. Through no fault of their own, many long-serving Consultants are being punished due to poorly thought through rules about the Lifetime Allowance and Annual Allowance. Whilst on the one hand they are “lucky” to have large pension funds, that are by comparison “brilliant” the fault of successive Governments to fail to do their sums is hardly their fault. Indeed if ever there was an appropriate use of the term “moving the goalposts” it is surely fitting for what has happened to public sector pensions, particularly the NHS Pension Scheme, which was revised in 2008 and has now morphed into the 2015 Scheme (from the start of this month).

The changes have meant that members have to guess when they might best retire… in some specialities that is “a challenge”, most have to pay more, work longer and accrue less, whilst, (if reports are to be believed) having to cope with a greater workload, politically motivated “targets” and an under resourced organisation.

As a result of blown 2012 Fixed Protection and further reductions to the Lifetime Allowance, many of those that I work with are somewhat fed up with the powerlessness that they feel in relation to their pension rights. I cannot speak of widespread disatisfaction, but certainly those that I know within the medical community (quite a number) are “cheesed off”. The way benefits are calculated are ludicrously complicated and often mean that extra taxes are payable – through no fault of the doctor – simply by being in the scheme and having an increase in pay which is out of sync with the defined limits. I’m not talking small taxes here – but excess amounts that are deemed to have been paid as income, even though this is not the case in reality (it isn’t paid as income)…

According to the BMA, a poll of over 15,000 GP’s indicated that 34% of them expected to retire within the next 5 years. Statistics out of context can be used to support any argument, so a headline such as this one needs some unpicking. 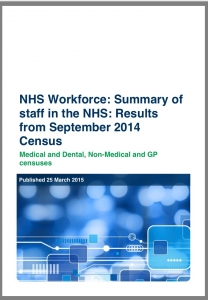 According to the GMC, there are about 60,000 licensed doctors on the GP Register for the whole of the UK. The GP register has been around since 2006 and requires that all practicing GPs keep their license and records up to date. This figure is for the whole of the UK and does include some possible double-counting as some specialists are GPs and vice versa. In England there are 40,584 GPs and according to data published last month by the Health and Social Care Information Centre (HSCIC), for the first time there are now more practicing female GPs (20,435) than male GPs (19,801). In any event, a suvery of 15,000 is therefore a survey of about 37% of the entire workforce by headcount… which is a significant survey, one might say a very solid survey, certainly when considered as a percentage of the relevant population – unlike the current political polls or those TV adverts for women’s products that claim high rates of satisfaction (so small that it is questionable if the people conducting the survey actually left their office building)… so this survey, unlike some, is rather “worth it”. Of course, not all GPs work full-time, the figures are a headcount, not a precise allocation of full-time GPs, the full-time equivalent number of GPs is 36,920. If trainees and retainers are excluded, then the full-time equivalent is 32,628.

By way of “hard facts” here are some NHS statistics to consider, I have taken these from the HSCIC report, which frankly could make the statistics much clearer… anyway…

The problems of staffing within GP surgeries looks set to continue and frankly, if politicians contrinue to play havoc with the pensions (Lifetime Allowance and Annual Allowance nonsense) of doctors and nurses, they may well also be considering earlier retirement. Future PM, you have been warned…