The latest George Clooney movie is on general release. It continues the theme of some elements of Hollywood questioning the current state of capitalism, yet recognises that the language used within financial circles is almost impenetrable and many feel so powerless that the impetus to understand is invariably lost.

Clooney plays Lee Gates, one of those dreadful money pundits on American TV stations that constantly cover the markets. If you have ever had the misfortune to tune into this sort of television you will know precisely what I mean. He is the worst sort of journalist – a TV presenter, who comments on markets and shares without context or thought of consequence. Regrettably this is not exclusive to the US, but within our own media too – both televised and written. The tempo may be different, but the problem is essentially the same. This is, for want of a better term, financial porn. 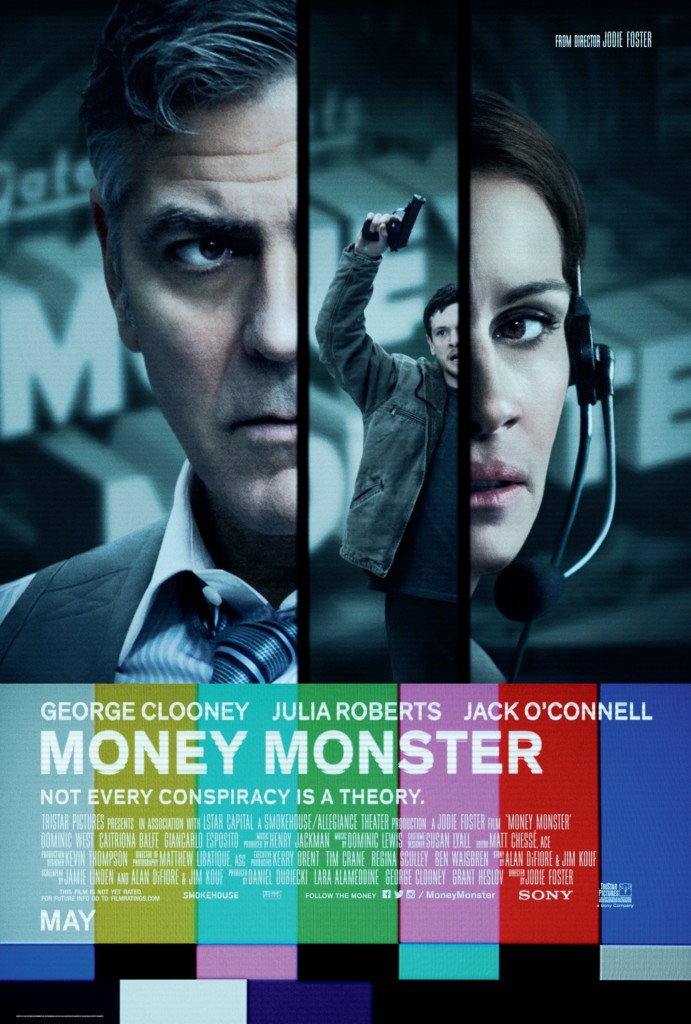 Any glance at any financial publication over the last 10 years will reveal the same rather sad truth – the media appear to have little choice but to grab our attention with ever depressing or outrageous headlines. This reflects on us all and our overstuffed in-box lives, to which I am both a contributor and recipient.

The story itself revolves around Kyle, an irate investor who followed Lee Gates’ advice, but sank all his savings into this one “sure thing”. The stock collapses due to a “computer glitch” and he loses a lot of money. Kyle takes matters into his own hands, armed and in search of answers, takes the TV studio hostage. It’s a decent movie.

There are some obvious lessons for investors here. Firstly, all investment should have a context. There is no such thing as certainty, some things are much more likely than others, but not certain. I cannot guarantee that the sun will rise in the morning, but we all expect it will, but it’s not guaranteed. Do not invest all your money into one stock. Do not bet your future on a tip from a TV pundit or any other journalist – none of whom are accountable for the “advice” (that isn’t advice). Finally, in the event that the stock or investment collapses, few investments ever reduce to a value of nothing. It certainly is possible for a company to go bust, hence its share price worth “nada” but most investments are not single stocks. So you will not have “lost all your money” if the investment has a value, so does your investment. Ironically, in the film, the loss Kyle experiences would have been made far worse by the resulting story, not better.

I enjoyed the film, it poses some good and frequently asked questions. I would be happy to recommend it to you, about what not to do with your own money. Here is the trailer. It’s out now.

As is often the case, out of something that seemed trivial, we may have witnessed a “significant moment” in history without grasping the implications. In short, we are asked to wonder if war has just changed. It seems to me that war is invariably about an inability to cope with or live with difference. Often this is expressed as a conflict of ideology but of course theology too. Some regard war as a battle over land, which perhaps is the case, but I’d suggest that this is merely the physically binding frame of reference used to galvanise support along lines of difference and to physically represent the boundaries of control. This week we learned that the boundaries shifted. The vast majority of the media missed the story, selecting to reflect the inane rather than the insane. 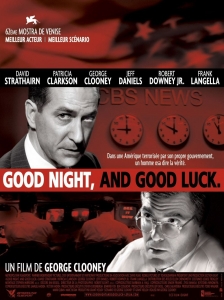 The story? this is about a executives at a film company bad-mouthing movie stars and being caught. The real story is that national boundaries have just been obliterated by hackers, who acted to squash something they didn’t like… but not just squash, threaten. Of course, some countries operate on the basis of a few bullies oppressing the masses – this is sadly nothing new and will probably never cease. I found myself looking at an image in a magazine recently, wondering how on earth so few, odd looking irrelevant men can control an entire nation, yet it happens all over the world.

The sadness is that film-makers and journalists are meant to be the ones that keep our focus on the truth, revealing darkness and oppression, helping to inform and change. Sadly many in Hollywood shirked this responsibility for fear of reprisal and financial cost. George Clooney couldn’t get anyone to sign his petition – ANYONE. So why should we be concerned if others aren’t? – after all haven’t Sony executives themselves to blame for expressing personal opinion and hitting that send button? Well, certainly some wisdom is needed in expressing opinion in a digital age, but the truth is that I doubt anyone has not said something about someone at some point in their life of which they are now not terribly proud. However, this isn’t really the point – the point is where does this lead? Can hackers now be hired by anyone, any nation to bully another into compliance? How does this impact our free speech? and surely this isn’t simply the domaine of terrified, narrow-minded tyrants, but also enters the arena of corporations who don’t like stories about their leadership or activities. Surely this has the potential to influence how we perceive and from a financial services perspective, appearance can be everything – just ask Tesco or BP.

This story has implications for you and I, our use of social media and the freedoms we enjoy. Obviously it isn’t wise to hurl insults and the adage, if you wouldn’t say it to their face, don’t say it at all seems pretty pertinent. But we surely cannot live in a world where we are terrified of legal action or reprisal. This is a “tipping point” for the double-edged sword of the internet, offering the prospect of genuine freedom of information to all (which we take rather for granted in the comfort of the West). As for me, I have never liked bullies, whether they come in the guise of a big kid in the playground, a teacher, boss, an investment bank, politician, pseudo military general, bigot, racist, rabid fundamentalist or of course my own tendency to think lazily and turn to petulant expression in frustration, which certainly in my “madder moments” it is a very good thing that weapons are not within easy reach…and sadly my own temper is easily fuelled driving, cycling or walking these very streets all too easily… which is of course the advantage of a society that doesn’t permit liberal gun ownership, encourages thought, education, tolerance and self-reflection, but unfortunately often seems more obsessed with narcissistic reflection in the eye of… well the media.

Remember that an apprentice has much to learn

I wonder if you watch “The Apprentice” on BBC? I’m not an avid fan, but its an interesting show about  how some people “do business”. I appreciate that this is a cut down, edited version of anything approaching reality, however the episode that I saw the other evening (8/14) was rather revealing about attitudes to the over 50’s.

The task for the two teams was to design a dating website, make an accompanying video and outline a promotion or marketing plan to a group of advertising experts. Not terribly difficult one would think – the sort of stuff that many school age children do as part of their learning process and team work. Sadly, this was beyond the abilities of the two teams, or at least this is what was suggested. However, despite the collapsing team leadership, inability to think creatively or understand the purpose of market research or frankly how to “pitch an idea” what was more disturbing was that these “self appointed hot shots” had little or no understanding of anyone over the age of 50. The team that selected this group as their target audience, completely failed to gain a modicum of clarity about lifestyles for those over 50 years old. Essentially the assumption was that they were very dull and not interesting.

As someone that is closing in on a half century myself and generally works with those older than 50, I am alarmed at how short-sighted the next generation of “hot shots” are. Anyone with an ounce of understanding will probably appreciate that the vast majority of “successful” people are over 50 and by successful I could mean have achieved financial success, but frankly simply having a body of work to show for effort is generally only beginning to show at 50. Most business people, academics, medics, professionals, civil servants, politicians do not reach “fame” until in their 50’s (if fame is even sought). Even Hollywood’s most adored men Brad Pitt and Johnny Depp turn 50 this year (George Clooney already being 52). The most age biased industry (popular music) is full of people over 50 (Mick Jagger is 70 next month).

Of course, those over 50 may have a different outlook on life (they may not) but life certainly does not stop. My clients lead full and interesting lives, those that are retired often complain to me that they are busier than they ever were when they were working for a living. I don’t agree that 50 is the new 30, that seems to merely ignore the point and arguably reinforce a stereotype. 50 is 50, however old you are, attitude and lifestyle are choices. As for the young apprentices, one can only hope that they garner some wisdom quickly and perhaps reflect on the question… if you are so great at business, why are you on a TV game show?