The lack of money will test anyone and has a tendency to play havoc with relationships. This is explored in the new movie “Wildlife” starring Jake Gyllenhaal, Carey Mulligan and new, rising star Ed Oxenbould. Set in the late 1950s at the crossroads of domestic politics in the US, we enter the world of an aspirational family. Jerry and Jeanette Brinson are shackled by their class background and struggling with compromises between their traditional upbringing and the reality of life as they experience it.

Jerry loses his job which seems to be something of a familiar story, this forces them to confront how the family might realistically pull together, meaning Jeanette would need to find work. Their son Joe helps out too, by finding after school work. Whilst the lack of money may be the catalyst, the sad reality is that the Brinson’s are not good communicators, each having flaws that make things worse rather than any better. Their dysfunction is played out before Joe, who struggles to comprehend how his once seemingly nice, normal family life becomes a chaotic lonely environment. 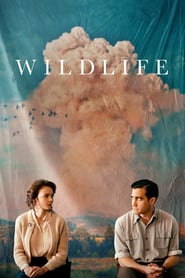 Fighting the Bonfire of our Vanities

Whilst set in the late 1950s and early 1960s, there are of course parallels for today. The lack of work in parts of any country turns it into a wasteland with few signs of hope. Whilst it is undeniably true that the percentage of people in poverty is reducing, this does not mean that life is easy or even good for many people. It is precisely this lack of hope, the desire to blame anyone or anything different, that certain politicians will take advantage of. The sense of shame in being poor and the anxiety that it produces cannot be overstated. Jeanette will trade her dignity for security. Jerry will dice with death just to demonstrate his contempt for his lot. Joe, meanwhile (a boomer) is caught in the crossfire, trying to make sense of the gap between child and adult and what becoming a man might mean for him.

You get one lifetime but another shot at honesty

One of the biggest assumptions that financial plans make is that a couple remains together. Sadly, this can often be a mistake. That’s not to say that divorce or separation are a “sad” thing, it can be healing and of course healthier. What I mean is that the self-awareness required to allow for this or make provision for it is often lacking. The assumptions being made about investment returns or taxes are frankly small beer when it comes to division of assets and the implications for all.