The latest online version of Talking Money is now available. In the issue there is a piece on alternative assets – all well and good, but please remember that for most people this is unnecessary, focus on getting the basics right before trying to take additional risk with a more sophisticated range of options.

For example, we have just watched Andy Murray and Serena Williams become champions of Wimbledon again. Frankly they make tennis look pretty easy, and often make their opponents look like a poor match. The truth is rather different, as it is with investing. Focus first on getting the basics right (something that our Government fails to do). 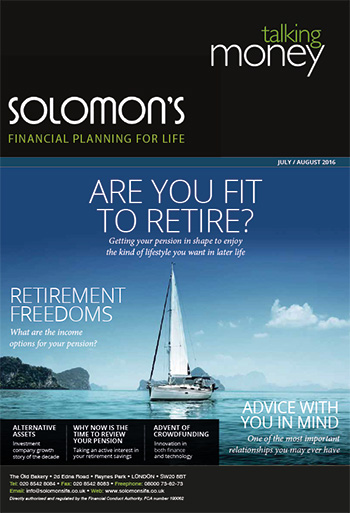 So what are the basics…

What Tennis Can Teach Investors

Success is contagious, but sadly less contagious than pessimism. As we digest the weekend that has happened, with a new British Wimbledon men’s singles champion the media is flooded with soothsayers. It has been a good 12 months for British sporting interests. Congratulations to Andy Murray for a spectacular victory at Centre Court, very well deserved and reminds me of a post on my old blog site from 2 years ago. Also Mr Froome collected the Tour de France yellow jersey and is leading after 9/21 stages, the Lions also thrashed Australia. There are of course many more sporting events to come this summer and British interests are very much alive.

It has been suggested that Andy Murray’s life will now change considerably. Well, he probably will now be regarded with legendary status in British sport, but winners tend to win a lot and hopefully Andy will continue to have success in Grand Slams, with two to his name now. However being number 1 is not an easy feat. Success longevity requires a huge a mount of perseverance and frankly quite a bit of luck. Luck – for keeping fit and not having significant injuries. There are very few that reach the pinnacle of their sport, by becoming a champion. Take tennis as an obvious example, dominated by just a few players.

Thankfully investing is not about being number 1, it is not about “winning” and beating everyone else. However, most people do not have a “successful” experience of investing. This need not be the case. Most investors behave as though they have to win the game, constantly adjusting positions trying to eek out advantages. The truth is that a successful investment experience does not rely primarily on skill, it relies upon discipline. Even the great tennis players make mistakes as we saw throughout the Wimbledon championship, often players beat themselves rather than get beaten. Investors can learn a lot from tennis and sport. It takes dedication, persistence, a long-term mindset, a thought through strategy and above all discipline to keep at it, keep believing and playing the long game.