So the Chancellor has delivered his Autumn statement, most of which was leaked in the media or announced in his radical budget (well radical for financial planners). The main points of the budget that we didnt know already is the provision to pass ISA allowances between spouses on death. This will certainly please married couples with large ISA funds. Prior to this, upon death an ISA becomes part of the estate, unless it has been held in specific AIM listed holdings for at least 2 years thereby benefitting from an IHT exemption, but invariably increasing the degree of investment risk (p56 of statement).  The ISA limit will increase for 2015/16 to £15,240 from £15,000 as it is today. 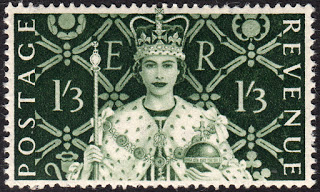 A signficant change to Stamp Duty on property was announced, which mirrors the system used for income tax rates, that is, the more you earn, the more you pay, but only over certain thresholds – higher rates are only applied once thresholds are reached and nor applied to the full amount. Stamp Duty has now adopted this approach, some will be better off at the lower end of the property price range, some will be considerably worse off.  The aim probably being twofold, to increase and encourage first time buyers and be more of a help to people trying to get onto the property ladder, whilst also attempting to dampen price increases at the top end. You can see a helpful chart on the impact of these changes on pages 53-54 of the Statement.

On a similar theme, the higher rate (40%) threshold has been increased marginally more than previously announced (by £100). We will have to wait until 12 December to find out what the interest rates will be on the new NS&I Fixed Rate Pensioner Bond (only for those age 65+).  No doubt the free newspaper you pick up this evening or the TV and radio coverage will have pundits discussing the changes. You might want to look at the figures towards the back of the report, (page 100) which essentially show the UK’s income and expenditure. All the talk of austerity (which is certainly more real for some than others) has still resulted in national  overspending and this looks likely to continue until 2016/17 with lots of “if’s, but’s and maybe’s”. If you do have any questions about your own situtation and how it might be effected by today’s Autumn Statement, do get in touch.