Skip to content
World Cup Winning by elimination – the final 4

The thing I still don’t really understand is the way most sports are reported in the media. Take the #WorldCup2014 as an example, (why not, it seems everyone else has). Anyhow, we were told that the tournament started in June, this isn’t really the case. Brazil is simply the nation that is holding the final stages of the competition. In fact the “World Cup 2014” started in September 2012, perhaps you recall Bosnia’s 8-1 win over Liechtenstein? No… perhaps you remember the 5-0 England victory over Moldova. This is a lengthy process of elimination. Now it is early July the final stages have been reached, with four teams remaining, all 4 are ranked in the top 15 (of 207) and if world rankings are anything to go by, Germany will win this evening and meet Argentina in the final. 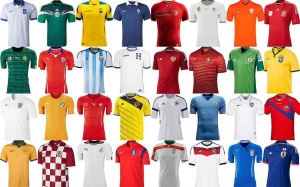 My point? Well – many people seem to forget that the road to “victory” is rather long and involves knocking out the competition. It’s a rather sad state of affairs when the so-called experts suggest that going for a draw is either sporting or genuinely helpful. The challenge, (to win) as with most sports is to out-score your opponent (unless your game is golf) yet we seem to have entered a sporting age of rather than trying to win, it is more important not to lose, hence the defensive tactics and the inevitable penalty shoot-outs.

I couldn’t help but wonder when one pundit and former player suggested that people will forget about how the game was won… but that it was won, then proceeded to wax lyrical about a great Brazilian team of the past that didn’t win the World Cup… not exactly forgotten then? Yes it is possible in sport, particularly in football, to win without being the best –Chelsea’s Champions League, Greece winning the Euro’s, supporters will have a different perspective, but the neutral remembers these finals for their lack of memorable moments, 90 minutes (usually 120) lost forever. However this is just the last 90 or 120 minutes of a tournament and doesn’t reflect the full story, but as humans we remember and focus on the loudest noise (the final). This seems ably displayed by football pundits who regularly write off the USA team, who certainly played with sporting spirit against Belgium but who are in fact ranked 13th best in the FIFA World Rankings, just 3 places behind England (10th) and ahead of France, Chile, Netherlands, Mexico, Croatia and…

There can be only one..

Only one team can win the World Cup and then once this has been achieved, the entire process restarts. We hope that the best team wins, but history reminds us otherwise. How on earth am I going to link this to financial planning? Well… the same sort of enthusiastic optimism creeps in. Many hope for a “win” despite the track record and they tend to only get engaged at the latter stages – when the finish line is in sight – the final straight so to speak. We are by nature, sadly rather short-sighted, forgetting the daily routines that need to be applied to deliver the results we seek. Unlike sport, everyone can actually “win” with their financial planning – provided that they start, know the rules and have an objective in mind. It doesn’t come down to penalties and when your time is up… well its up. We might have our favourites that we would like to win in sport, but only one will (ok there are some exceptions – cricket being one). Make sure your financial plan is not stuck on the bench, left at home or disqualified, it is a “game” that can be won by all, but of course you’ve got to have some goals. OK, so consider this last sporting analogy – reflect on how old you are today and your life expectancy… if this were a sport, how long do you have left? How many minutes of play are left to make a difference? Time for a change of tactics? Time to get in touch… 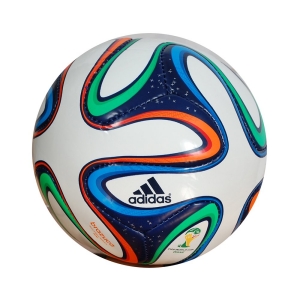