Skip to content
Who has eaten all the pies? Business Updates 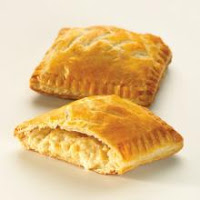 It seems that someone has been eating an awful lot of pies. I’m not sure if the news that the UK’s largest bakery has increased sales and profits dramatically is good for the health of the nation, but it is certainly adding to the wealth of the nation. Greggs, which has 1,500 stores, has announced  £52.2m of profit in 2010- a new  record; it said that profits were up by 7.9% from a year ago, although same-store sales were up by just 0.2%. Which seems to suggest that efficiency was found in reducing cost rather than increasing sales… perhaps those pies weren’t quite so large as before. This is washed down with the news that the UK’s biggest pub group Punch Taverns is to split in two, halving its business to 3,000 pubs, having struggled with debts of £3.3bn last year.
Royal Mail announced it will cut more than 1,700 jobs of which 1,000 are managers. One of the main criticisms of Royal Mail is that it has become bloated on management and this represents a significant effort to address that criticism. The plan is to close two mail centres in London as it expects the volume of mail posted in the capital to have halved from 2006 levels by 2014; the company said it had cut 65,000 positions since 2002. This is a reflection of the world turning to online functionality, no more bank statements, mobile phone statements through the post. So we are all as safe as houses then…sadly I expect our rather poor postal service in SW20 to worsen rather than improve.

As we have all been hoping and praying that the Japanese can avoid nuclear meltdown, our thoughts returned again to how we use and generate energy. Centrica, has announced that it will purchase New York-based energy retailer Gateway Energy Services, which has 275,000 gas and electricity customer accounts, for £55m. Meanwhile Essar Energy reported pre-tax profits for 2010 rose to £365.5m from £285.7m the previous year, whilst revenues were up 42% to £10bn; the Indian energy giant, which joined the FTSE 100 in June last year, also benefited from new power stations in the emerging country. 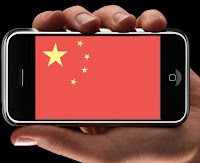 The world of telecoms continues to remain one of the frontiers of competitive market share action as AT&T announced that they will buy rival T-Mobile USA from Deutsche Telekom AG, making it the largest mobile phone company in the US, in a deal worth £24bn; this will give the US phone company about 43% market share, ahead of industry leader Verizon Wireless. The world’s largest potential market for mobile usage is naturally in China. So it is interesting to note that China Mobile reported net profits rose 3.9% to £11.3bn while revenue was up by more than 7%; having the most subscribers in the world, the mobile phone operator has said its profits increased as more music and video was downloaded.

So here is the “headsup” on the look of the logo that may one day appear on your emailed mobile statement.
We are a boutique firm of financial planners. We create financial plans designed to achieve a desired lifestyle. We will craft and implement your plan that will provide you with the greatest chance of accomplishing your unique goals based upon the values that you hold. Financial products are little more than the tools to achieve your required results
Call us today or visit our website for more information and to arrange a meeting