Skip to content
What is efficient markets hypothesis? are markets predictable?

What is efficient markets hypothesis?

Here is another guest post from Jim Parker, it is rather lengthy for a blog post, but worth the read. Here he examines the criticism of the efficient markets hypothesis (or theory). EMH is the starting point for the approach that we take for clients with investments. Over to Jim.

The recent awarding of the Nobel Prize in economics to Professor Eugene Fama has sparked some criticism of his theory of efficient markets. Debate is a good thing, but it is always advisable to start with the right definitions. 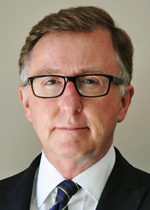 Fama’s ‘efficient markets hypothesis’ is a model of how markets behave. It was developed back in the 1960s and essentially says that in an efficient market, prices of securities will reflect all publicly available information.

Prices are always changing, because new information is always coming into the market. When news does happen, prices quickly adjust to reflect it. So, for example, if there’s bad news on the economy, share prices tend to take a hit as investors collectively downgrade their expectations for future profits.

Critics of efficient markets theory are often guilty of arguing with a straw man. In other words, they misrepresent the other side’s argument to make it easier for them to attack it. On this score, saying markets are efficient does not mean they are perfect. It does not mean markets always move orderly in one direction. And it does not mean there are no anomalies in prices.

Essentially, the practical and common sense outcome of this much misunderstood theory is that it is extremely hard for anyone to consistently beat the market without taking on more risk. The price of a security represents the combined wisdom of thousands, if not millions of buyers and sellers, all working off the same information. Unless you have inside information, you will find it pretty tough to do better than the market.

One of the common criticisms of the efficient markets hypothesis is that markets can’t be efficient because they can become highly volatile and irrational and can even crash at times of extreme uncertainty.

Think back to when Lehman Bros went bust in 2008. Investors at that time were worried that a complete collapse in the financial system was imminent, generating the threat of a second Great Depression. When things didn’t turn out as bad as people expected, risk appetites revived again. The US market has since climbed to record highs.

According to Fama himself, none of this is inconsistent with the idea of market efficiency. 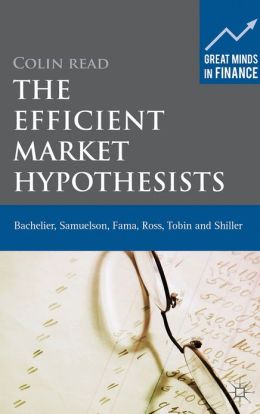 “The market can only know what is knowable,” Fama said after the GFC. “It can’t resolve uncertainties that are unresolvable. So when there is a large amount of economic uncertainty out there, there’s going to be a large amount of volatility in prices. And that’s what we’ve been through. As far as I’m concerned, that’s exactly what you’d expect an efficient market to look like.”1

The implication of all this is that unless investors have a crystal ball or inside information, it’s very, very hard for them to do better than a competitive market. When they do, it’s usually more down to luck than their own skill.

In recent years, a challenge to the efficient markets idea has come from behavioural finance theory. This says markets make mistakes because people are irrational. So greed takes over during the good times and bubbles develop. Conversely, fear takes hold in the bad and markets are oversold.

Sharing the Nobel Prize with Fama this year was Professor Robert Shiller, who comes from this school. Essentially, Shiller’s view is that there are predictable patterns in stock prices and these are rooted in human behaviour.2

Some Australian critics of Fama’s theory have cited Shiller’s research showing the volatility of share markets is far greater than can be justified by the rational expectations of future dividends.

The response to this is quite simple. Fama has never said that markets are perfect. He has never said that there are not anomalies with his model. Insider trading is one. The ‘momentum effect’ – where stocks that have performed significantly better or worse than the market over a period of time tend to persist in that direction – is another. A third is the pattern of stock returns around earnings announcements.

But Fama points out that it is still very difficult to make money out of these apparent anomalies, because the costs arising from the amount of trading you would need to do to exploit these effects would wipe out any gains.

“You have to realise that market efficiency is a model,” Fama says. “If it were the truth, we would call it the truth. But it’s a model, which means it’s a simplification of the world. It does a good job of almost everything, but there are some things it doesn’t do a good job on. But they are few and far between. And for practical investment purposes, markets are efficient for pretty much everybody.”

Put another way, if you believe the critics of efficient markets that it is possible to consistently, year-after-year, profit from prediction-based models, where are these people? Survey after survey shows most fund managers underperform the market by the margin of their fees and the ones that do outperform don’t tend to repeat this feat.3

In practical terms, even critics of the EMH like Shiller have said it is tough for any individual to beat the market without taking on more risk than what is offered. Another behaviouralist, Professor Richard Thaler, has said in some ways the financial crisis strengthened Fama’s theory.

“Lunches are still not free,” Thaler wrote in The Financial Times. “Shorting internet stocks or Las Vegas real estate two years before the peak was a good recipe for bankruptcy, and no one has yet found a way to predict the end of a bubble.”4

But what about Shiller’s idea that there are patterns in prices that predict long-term returns? Actually, Fama doesn’t disagree. In fact, his own research with Ken French has been hugely influential in demonstrating that.

Fama and French demonstrated a long-term premium from small company stocks over large and from low relative price stocks over high. More recently, they and others have established a relationship with expected profitability and returns that is persistent and pervasive.

The debate really is over firstly whether these premiums are rational and secondly whether they can be timed.

“If I were to characterise what differentiates me from Shiller or Thaler, it’s basically we agree on the facts — there is variation in expected returns, which leads to some predictability in returns,” Fama told The New York Times recently.

“Where we disagree is whether it’s rational or irrational. And there’s nothing in the available evidence that allows one to really settle that in a convincing way. The stuff that both Shiller and I have done has been very illuminating in terms of the behaviour of returns. The interpretation of that is open for reasonable disagreement.”

Neither is there any convincing evidence that you can successfully and consistently time these patterns in returns. Dimensional’s own extensive research has tested a number of timing models and found no evidence of abnormal returns.5

The efficient markets hypothesis is not perfect. Even the man who fathered the idea admits that. And while its biggest opponents go much further than that, they still say it’s pretty hard to beat the market without taking on more risk than the market offers. And they all agree it is very, very hard to time these premiums with any consistency.

Uncertainty will always be present. The market can’t account for that. It can only know what is knowable. When there is a lot of uncertainty around, markets will be more volatile. And this is why we diversify.

So the takeaway for most non-academic people from this fascinating debate is that it is still best to work on the assumption that prices are a fair reflection of the information that’s out there at any point in time.

Their next decision is how much risk they want to assume and to ensure they diversify away avoidable risks – like holding too few securities, betting on countries or industries and following market forecasts.

It’s the same old story – but the right one for most of us.

4. ‘The Price is Not Always Right and Markets Can be Wrong’, Richard Thaler, Financial Times, Aug 5, 2009