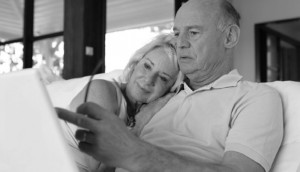 Edward and Margaret are in their sixties. They were concerned that their money needs to last potentially for many years. They were particularly concerned about the impact of inflation which “always seems to be higher than the Government says it is”. Edward still enjoys his work but is now only working one day a week. They are both very busy people and joke at how they ever managed to find the time to be employed full-time. They have adult children and a couple of grandchildren. They find inheritance tax a very unpleasant tax given how hard they have worked and don’t want HMRC to be their largest beneficiary.

Looking to the future

We discussed the things that they want to do with their time, this included a fair amount of travelling but also some time spent with their family. They were concerned about the possible impact of poor health and in particular have personal experience of a parent with dementia. They recognised this as a potentially long-term condition and if care is required, a costly one. We mapped out their plans, which included their views about inflation. We ran some worst case scenarios – care fees for an extended period. We reviewed their portfolio and calculated the investment risk within it, higher than they were comfortable with. We modelled the impact of a stockmarket crash and a long, slow recovery. We assessed what returns they actually required in order to achieve their lifestyle income. We were able to offer a range of scenarios that we could discuss and consider together. This then led to the realisation that they didn’t need to take as much risk as they were currently doing. We could make their investment more secure in a portfolio that they understood and made use of tax allowances.

We also considered ways to plan for and reduce the potential inheritance tax, but suggested that perhaps they could begin gifting assets to their children, so that they could see the benefits of this today. They took this further and we discussed the charity work in which they have an active interest and how they might support this more effectively. In essence we identified what they needed, planned with the worst in mind and still identified that there was a surplus that could be used constructively for the good of their family and their charitable interests.

As ‘non-financial’ people we have appreciated the analysis that has helped us understand our financial situation and how to manage it going forward. The advice we have received has been clear, friendly and has helped us make decisions about how we manage our finances in the future.