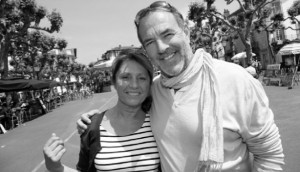 Jack and Mary run their own business. They have cleared off their mortgage and are enjoying their work. They have gathered a mixed bag of pension schemes and a few ISAs over the years and had been advised by their Accountant to make a pension payment in order to recover some tax relief. The business is well established within a competitive industry. Ultimately Jack and Mary want to enjoy the fruits of their labour and are unsure what income they need. They seem to have a good lifestyle now, but are concerned that this would need to be maintained.

Finding out about you

We began by establishing what lifestyle Jack and Mary currently have, identifying their passions, hobbies and general expenses. Their pension funds were relatively small for people in their fifties. On further questioning, it appeared that Jack and Mary were not terribly keen on pensions, in fact one of their old pensions had not grown much at all, and it was in a “low risk fund”. They explained that Jack’s father had died when he was 67 and had barely enjoyed his retirement and they believed that this pension had been a waste of money. Mary was concerned that Jack was working so hard that perhaps he too would go the same way.

Together we identified what they wanted from life and whether some of the things that they were planning to do in retirement, could be brought forward – they could. We reviewed their existing arrangements and reflected what their current strategy would achieve – not enough. We considered what sum would be needed to enable them to finish working in 5 years time, a sum large enough that together with their existing arrangements would provide enough to have the lifestyle they wanted. A fairly significant figure, so how to achieve this? We discussed various options including saving more and taking more investment risk – they could save more, but didn’t want to take more risk and given that they wanted this in 5 years time, we didn’t think this would have been wise. Jack explained that he wanted a large amount for the business and perhaps that could do the job, on paper it would – but the number may have been unrealistic.

We worked out what was actually needed after sale costs and taxes. A considerably lower amount. As a result Jack and Mary are doing some of the things they planned to do in retirement today. They are also saving more, into a portfolio that properly suits their plans and ability to cope with risk. They are also preparing the business for sale over the next 5 years, knowing the minimum that they need – far less than they actually thought. Knowing his required “number”, Jack does not need to push for every last penny of a deal and has a very high level of confidence in achieving his net sale price. We are reviewing progress and Mary has persuaded Jack to see his GP for a health check.

Dominic has been my financial adviser for 7 years. I have found his advice, in the minefield of financial regulation and option, to be invaluable. He has an approachable manner, which allows one to ask the silliest of questions without feeling foolish. He does not talk in jargon and always explains things in a financial language I can understand. And, perhaps above all, he is scrupulously honest. I know that he will give me objective advice that will always be in my interest. I simply could not have asked for a better financial adviser