DENIAL IS MORE COSTLY THAN THE TRUTH

Lockdown has been hard for many people. Freedom takes many forms and the freedom that most of us have taken for granted is the ability to meet other people and get out of the house for a change of scenery. Many have found the constant presence at home has exposed some difficulties within a relationship. Some have had their thoughts confirmed, for others this may be an acknowledgement of a truth that has so far been successfully avoided or navigated. The divorce inquiries to law firms is reportedly up 42% for the lockdown period when viewed against the same time 12 months earlier.

Tom and Rose – How Not To Get Divorced

As this is therefore rather topical, I think it worth drawing your attention to a real couple from London. I will call them Rose (50) and Tom (53) who had been married for over 20 years and had 3 children (21, 19 and 14) were divorcing. Proceedings began in 2018, sadly their divorce, which concluded in May 2020 (on Zoom) escalated fairly quickly.

Rose was a minor shareholder in her parents two family businesses. One business was a recruitment company providing staff to the care sector, the other was a care home. Rose was essentially a sleeping partner in both businesses, but Tom had become the Managing Director of the Care Home in 2005, this ceased once divorce proceedings began. 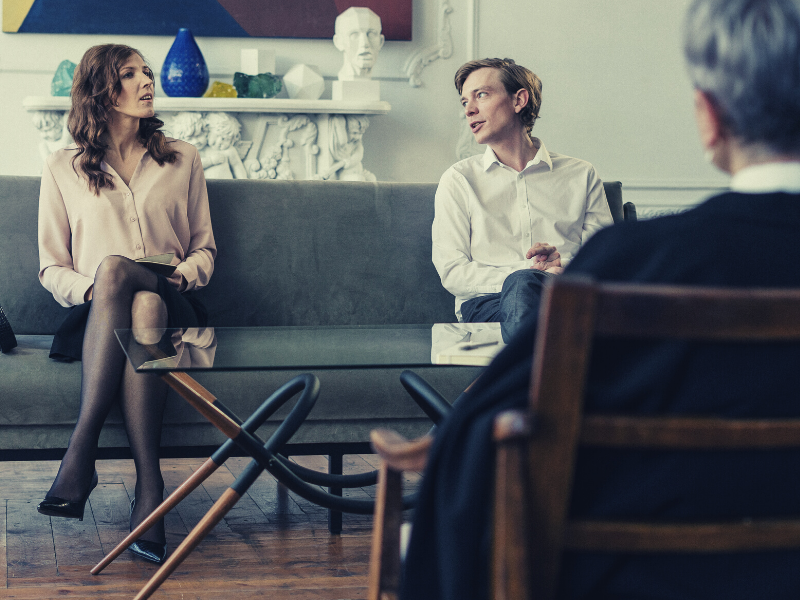 The couple had a very comfortable lifestyle with an annual spend of over £100,000. They lived in a 5-bedroom house in London. Rose wanted to remain in the family home but could not raise additional finance to provide Tom with his share of the equity (£350,000). The reality is that they lived beyond their means, Tom ran up credit card debts of £122,000 and both had soft loans from family members. The marital home was sold and both had to rent. The Recruitment business began to see a fairly significant drop in income, from £9.5m to £8.1m, but on the face of things a very viable business. However, when coupled with the personalities involved and allegations of misdemeanour in his role as Managing Director, this has the sense of a perfect storm.

Where has all the money gone?

As allegations about Tom were made, this added to the legal knots that they then managed to create. Anger and resentment continued to fan the flames of “he said, she said”. In the end, aside from their pensions (not yet available) and the notional value of shares in the family business, the legal fees left both with liquid assets of £5,000 each. You can see a rather good summary of the case here.

There are lots of lessons here, family businesses are more exposed to the knock on effects of marital problems. Overspending and a lack of communication about it between the couple is rarely good for any marriage. Reliance on funds from family members, parents in particular makes for further uncomfortable relationships. Finally, if you find yourself in a similar position, agree terms fairly and avoid the name calling and point-scoring, it serves nobody well, in fact everyone loses.

When it comes to planning, as I have said many times before, we make lots of assumptions about the future, the biggest assumption we make about a couple is that they remain together (unless they communicate that this is unlikely). One of the problems of thinking about what you want from life is that you become aware of what you don’t want, for many that can be ending an unhappy marriage. That has financial consequences that we can make allowance for, but only if we are able to communicate truthfully. Divorce does not have to leave a huge financial scar, it can be settled well. I am not a marriage counsellor, I have been married for over 25 years, I am however pretty certain that Tom and Rose regularly failed to communicate well with each other, particularly about money. Denial of reality isn’t really my thing, it serves nobody well. A good plan will help you face some uncomfortable truths.