The Outlook for America

I thought that you may find it helpful to have some more “typically financial” market information within the blog.  Steve Williams, who sits on our Investment Committee is something of a whiz with the metrics of markets. Here Steve outlines his thoughts about the US.

The preliminary estimate from the Bureau of Economic Analysis for growth in Q3 came in at 3.5% on an annualised basis or 2.3% compared with the same time last year. Beginning in Q2 2009 the US economy has seen 22 consecutive quarters of expansion. And that alone is cause for concern for some commentators. According to Bloomberg, ‘the average length of the growth phase of an economic cycle… has been 22 quarters in the post-World War II era’. Of course there are exemplars – the 1961-69 expansion lasted for 35 quarters and the 1983-90 expansion endured for 40 quarters. 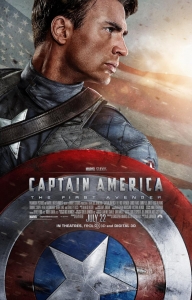 The International Monetary Fund expects the US economy to grow by 2.2% in 2014, considerably faster than the 1.8% average for advanced nations. If they’re right – and I am guessing that they are not far off – Q4 will see the current run of growth extend into its 23rd consecutive quarter. Notwithstanding that, a slowing in the present pace of increase is likely to be sustained. Real wages remain depressed, just as they are in the UK, and that is suppressing consumption, limiting business investment and house building activity. Impetus is slowing abroad too.

Indeed, the October employment report counted 214,000 new jobs compared with consensus expectations of around 230,000. The Financial Times reported expectations as high as 275,000 from Capital Economics. The 12-month period prior to October, saw the US economy add an average of 220,000 new jobs each month – the best 12-month stretch since the heady days of 2006. Nevertheless, anything over 200,000 is indicative of a sustained expansion.

I’m not uncomfortable, at this stage, with forecasts for growth to be maintained in 2015, albeit at a less than inspired medium pace (perhaps between 2% and 3%). Consumer spending will be buoyed by lower energy costs and employment gains. In addition, there is reasonable cause to expect an increase in business spending too. Thus far, serious Business Fixed Investment has been lacking – not surprising given the degree of slack that has persisted in the US economy and a backdrop of low inflation. But there is evidence to suggest that the degree of slack is much diminished and, if that continues, businesses will be increasingly incentivised to invest. November’s New York Empire manufacturing survey revealed a 31-month high for ‘planned expenditures’.
If we do see an upturn in levels of business investment, the US economy is likely to see sustained expansion moving well ahead of the 22-quarter average.

But whilst I’m reasonably bullish on the US economy I am reluctant to express too high a level of conviction. That’s because one of the more reliable early warning signs of impending recession – the shape of the US yield curve – can barely be considered useful at this time, so affected is it by recent unprecedented monetary policy actions. The reality, I think, is that asset prices are more vulnerable to shocks today than they have been for some time. Indeed, with the Fed’s policy of QE in full effect there was always a sense that ‘good news was good news’ and ‘bad news was good news’ too. After all, flows of bad economic data were met with increased flows of monetary stimulus. From here on, ‘bad news’ may well be taken as ‘bad news’ again.