Much has been made of the One Percent of the population of late, perhaps not surprisingly many people are wondering if the economic improvement will “filter down” to them. Recent news from the G20 summit warning that the economic recovery is in jeopardy as our  trading partners in Europe fail to grow (even the mighty Germany) and there is a slowdown in growth from Asia may even prompt questions about ever receiving a share of the UK upturn.

The One Percent argument is simply that the richest continue to get richer and that the gap widens all the time, or seems to. There was a programme on Chanel 4 the other week “How Rich Are You” which attempted to address a few of the issues – from bling to benefits. The most obvious and pertinent statement being that the rich have capital, the poor do not. Capital works whilst you sleep (or when you dont work). The programme had a fairly noisy audience and probably rather polarised. Interestingly, few really knew where they come in the “pecking order”… which percentile of “rich” they belong to. 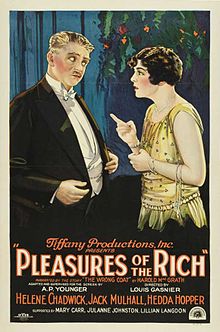 Dr Faiza Shaheen presented a chart revealing the distibution of income throughout the UK. As this is TV and not a regulated piece of information, not a lot of effort was made to contextualise the numbers (which are based on earned income). The middle level of income in Britain she contended was £20,300 – middle being the median, not the average. In short 50% of people have an income below £20,300. She also used the minimum wage as a figure (£6.50 per hour x 40 hours a week x 52 weeks = £13,520). Which incredibly puts these people at about 25%, in other words, there are still about 25% earning less than £13,520, the lowest paid was £7,654. On the graphic teachers earning £32,547 came out at 75% (which was admitted to be the average teacher’s salary) which is possible, but dont forget that average includes a newly qualified teacher earning around £21,000 and will include people that work part-time all the way through to Head teachers. Doctors, which Faiza described as GPs. earning £103,000 which would place them at 97%. Richard Bacon, the show presenter then said “that means not even doctors are in the one percent”.  About £147,000 of earnings places you in the top 1%

OK, so thoughts. Statistics can be very misleading. I’m not going to dispute the figures, but warn that they only report income. They do not report wealth – assets owned (property, investments, pension funds, businesses etc). We have some clients that are very income rich, but asset poor and vice versa. Whilst the figures are meant to be about earnings, taking this as taxpayers there are estimated to be 29.8m taxpayers in the UK (of a population of 64.1m).

So here are some different statistics, which rather confirm those of the programme, at least at the higher end. In 2013-14 HMRC collected £489.9bn in taxes, about 54% of which comes from income tax, capital gains tax and National Insurance. In terms of income taxes paid, 24.1m people are basic rate (20%) taxpayers, 4.61m are higher rate taxpayers (40%) and 343,000 (0.34m) are additional rate taxpayers (45%). Yes the numbers do not quite add up, because the balance 0f 0.84m pay starting rate or savings rate tax. Don’t forget that to not all of your income is taxed at the highest rate, but only where over certain limits. Additional rate is only payable by those earning over £150,000. This would pretty-much confirm Chanel 4’s statement about the 1% (1% of about 30m is 300,000).

Let’s look at this a little differently. Using HMRC data, Income tax alone generates around £172bn for the HM Treasury. When this is broken down further, only about 32% is generated by starting, saving and basic rate taxpayers. Higher rate taxpayer (40% tax) contribute about £66.3bn or 38% (about the same). Additional rate taxpayers (the one percent) contribute £49.7bn which is 29% of all income tax collected. In other words 343,000 taxpayers are contributing 29% of the total income tax bill.

Faiza admitted there was a huge variance of income amongst the top 1%. HMRC data bands this in 5 ranges of income and I have also shown the number of people this applies to in brackets.

“One Percent” pay nearly 30% of all income tax collected

Setting aside any politics, one can see why creating an environment of even higher taxation might lead some of these people to earn their income elsewhere. As this contributes nearly a third of all income tax, politicians might wish to think carefully about this, as presumably the tax lost would have to be recouped from the 99%, which in practice is the remaining 29,557,000 taxpayers. My maths suggests that this would mean that each taxpayer would need to pay an extra £1,681.50 in tax, given that the average tax paid per taxpayer is £5,750 this represents an average increase in the amount of tax paid of 29.2%… which I doubt would win many elections. The current average rate of tax is 17.5% of income (which is only so low due to the very high number of people (88%) earning less than £50,000). If these proportions were maintained then the average rate of income tax paid would be 22.6%.

This is just data, one must take care not to let envy cloud judgement. Where Governments and HMRC need to do some work is where income tax is not being paid at all (by about 34.1m people or 53% of the population). This includes abut 11 million children in education (pre-school to further eductation), there are 9 millon people between the ages of 16-64 that are not employed and not seeking work – but this would include students, parents looking after children, those that are ill and those that decided to retire early.  So we have more or less accounted for 20 million people “not working” and 2 million unemployed (seeking work between 16-64 and less than half were in receipt of job seekers allowance) leaving around 12.1million kind of unaccounted for. I hope that I have demonstrated that a very small number of people paying top rate tax fund a very large part of the tax collected. It wouldn’t be inconceivable to believe that there is another 1% or even 0.5% of the population that really should and could be paying UK income tax is it?

This of course takes no account of other taxes that we pay ranging from capital gains, inheritance tax to TV licenses VAT and excise duty. So in practice pretty much everyone will pay a form of tax and this does not include local council taxes. However our national demographics are also at play here. The number of taxpayers under 65 has remained fairly constant over the years at around 24million but since 1990 the number of taxpayers over 65 has increased from around 3.1m to 5.8m. The number of additional rate taxpayers has increased every year since introduction (2010-11).

In practice, anyone that you can think of that isn’t a friend (well..maybe) but whose name you know from a variety of media outlets is probably in the 1% – everyone from footballers, athletes, movie stars, tv presenters and of course pop stars. Frankly I struggle to believe that so few people pay a tax rate of 45%. After all, whilst I accept that there are all sorts of jobs (and salaries) in the City of London, according to its own website, there are 392,400 people employed in the City of London.

In summary, most people are “richer” than they think and might be surprised to learn that if you earn £50,000 or more you are in the top 12% of earners in the UK. Who would want want to be a politician to sort this out eh?