OK, some controversy. Nobody likes to have more of their income taken away by Government. The recent extra tax charge that the EU are demanding from Britain has caused something of a stir. Most of us probably got “fed up with this insolence”….some probably still are. David Cameron is talking tough and threatening not to pay and of course this plays into the debate about the EU and our notions about it being a bureaucratic monster. Nobody wants to pay more tax, and certainly not more than their fair share, particularly if it appears that the recipient doesn’t use it wisely. 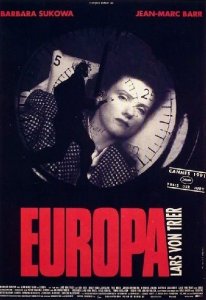 So, without wishing to alienate anyone, I wonder if this situation is really so very different from being self-employed. Those that are self-employed pay income tax twice a year with deadlines on 31 January and 31 July. The problem with the system is that there is a high degree of uncertainty surrounding the level of income for the self-employed – unlike an employee who may receive a fixed salary each month. The self-employed have no such guarantee, with income dependent upon how “successful” their year has been – financially. They have to submit accounts, paying the tax in two instalments with a catch up payment each January. This is because the tax payment in July is half of the previous year’s total tax bill and therefore an estimate of future earnings. As the income is likely to change, more (or less) tax may be required. So someone that has had a better year than expected will have to pay more tax.

So I wonder, how different this really is from the UK paying its owed tax to the EU? (leaving aside the argument of whether the EU serves its purpose from a UK perspective). Imagine if the self-employed decided that, despite having a good year, (which means making more profit) they simply refused to pay the extra tax demanded. I would imagine that HMRC would take a similar line to the EU… those are the rules, set down by your elected representatives, which you have the right to vote in or out of power on a regular basis, being a democracy. I know that this is politically sensitive, but it’s just a thought. Not liking paying is not sufficient reason not to pay. As for the argument that a demand is accompanied by a few weeks to pay is “not the done thing”… welcome to the world of financial advisers, who get 4 weeks to pay random levies from the regulator, created by others that malpractice… the sums aren’t as big, but to a small firm they certainly feel as big and rather unfair.